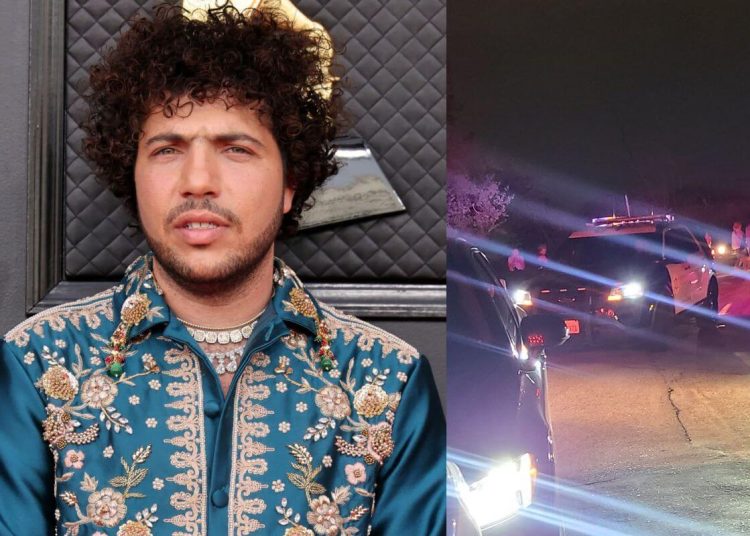 On Friday, August 5th, Benny Blanco released his new song in collaboration with BTS and Snoop Dogg, titled “Bad Decisions“, and although it started as an interesting scavenger hunt, continued as a fun streaming party, it ended with police patrols.

The producer, Benny Blanco, sent fans on a scavenger hunt 24 hours before the release to find a USB drive containing the collaborative song, which was hidden somewhere in Los Angeles. And ARMY accepted the challenge.

You may also like: BTS’ Jimin drives fans crazy with response to Benny Blanco for his look inspired by the idol

However, despite their best efforts in the search, the fans were unable to find the USB drive in time. After recovering the device, Benny Blanco invited fans to come to the place where it was hidden to meet in person and be together at the time of the release.

More than two dozen fans came to this unconventional streaming party. During the gathering, Benny Blanco posed for photos and gave away the USB to a fan. However, it wasn’t all fun, according to fans, the police arrived to break up the “Bad Decisions” party. Fans took it upon themselves to spread videos of the moment on networks.

armys can never have a normal release bcs why is benny blanco and armys
got caught by the police in a streaming party in the middle of the forest ? pic.twitter.com/zbFh4AU9oi

THE COPS AR EHERE WE GOTTA GO LMAO I pic.twitter.com/4SNeACtAr5

Find out what Taehyung’s favorite hobbies are

BTS: The tender gesture that Suga had with J Hope in the new year and that strengthened the ‘SOPE’