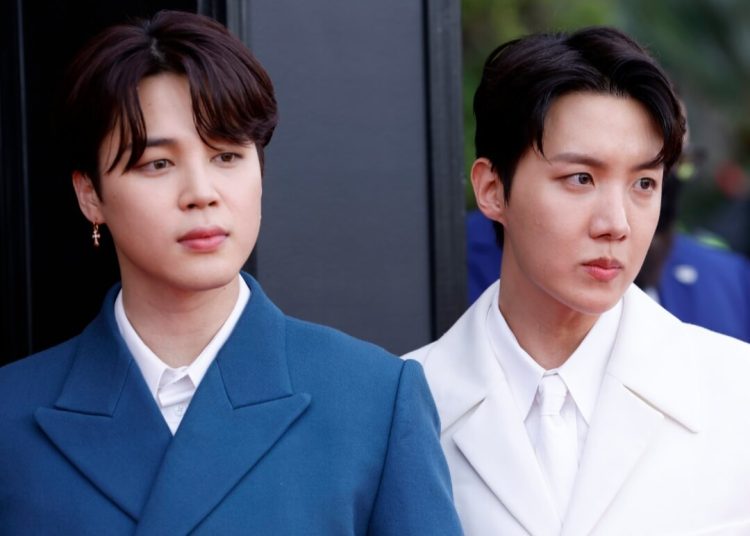 BTS‘ J-Hope shared that Jimin was like a ray of sunshine in his darkest moments, dealing with the pressure of performing alone at Lollapalooza. The “Jack in The Box” creator held a live stream to interact with his fans after his performance at the festival and his bandmate’s support could be seen.

Jimin, who flew from Seoul to Chicago to show his support for J-Hope’s first solo music festival appearance, accompanied J-Hope throughout the Vlive. The rapper said the pressure of performing alone on stage was so intense that he lost his appetite and couldn’t even sleep well.

“I had no appetite when I came to the U.S., so I barely ate. When Jimin arrived, that’s when I finally ate“.

“As I was preparing for my performance, I felt like I was in infinite darkness. Jimin was literally a ray of sunshine in my darkness.

He helped me a lot“.

j-hope calling Jimin "his light" while preparing for the concert ?pic.twitter.com/MWu6hcYe71

You may also like: ATEEZ fans worried about San after seeing him exhausted during a performance

J-Hope’s performance at Lollapalooza was the rapper’s first solo performance since the group BTS declared a temporary hiatus. This performance made the front page of various local and international media.

“Tonight, J-Hope made history as the first South Korean artist to headline a major music festival in the United States“.

Idk much about BTS. But my wife got me to watch J-Hope perform at Lollapalooza and he went so hard ???pic.twitter.com/x0Zq75jOs2

ARMY‘s support also played an important role in this success of J-Hope at the Lollapalooza 2022 festival. These fans arrived en masse as early as the morning when it was scheduled for 9 p.

m. on Sunday. To respond to this support, J-Hope started his program 10 minutes earlier than the scheduled time, he performed 20 songs.