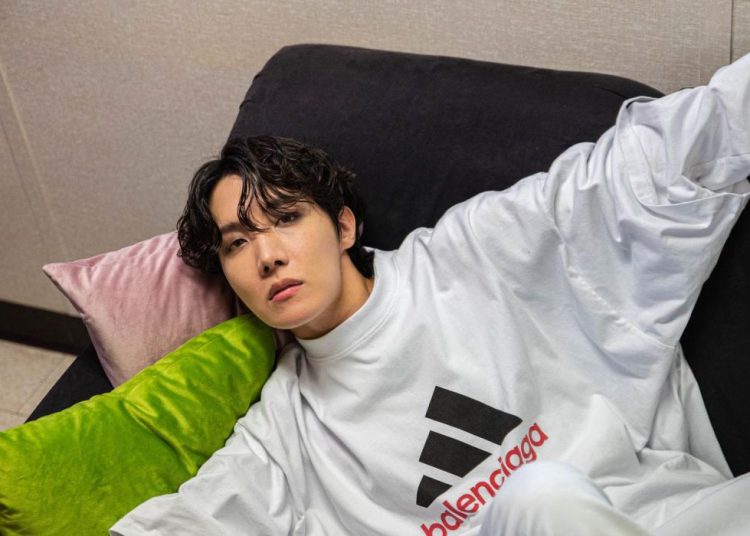 BTS‘ J-Hope became the first of his world-class group to release his own solo full-length album titled ‘Jack In The Box‘ on July 15th, shortly after the group announced plans to focus on solo projects for the time being while also working on group activities.

In addition, J-Hope also headlined the main stage of Lollapalooza on July 31st. Taking on the big challenge and on his own, the K-pop artist talked about his 10-track release. Surprisingly, “Jack In The Box” does not have a collaboration, to which the BTS member said:

You may also like: Jackson Wang makes an impressive comeback with a dark MV

“I filled the whole album with just my voice. So I made this album so I could prove myself, you know? I wanted to show people that this is the music I make. This is the vibe that I have. I wanted to let a lot of other artists hear my music; that I want artists to know that ‘Oh, J-Hope makes this kind of music‘”.

“I’m looking forward to a collaboration, so maybe I can do a really cool and awesome collaboration with other artists. Nothing is set yet, but that’s just my bold ambition. I’m open to future projects like this. If I do an upcoming collaboration, I’ll probably showcase my ultimate weapon, which is dancing“.

Fans are waiting for J-Hope to reveal who are the artists he wants to collaborate with, his future plans and his goals regarding his solo and group career.

Chris Hemsworth may suffer from terrible disease with a tragic ending