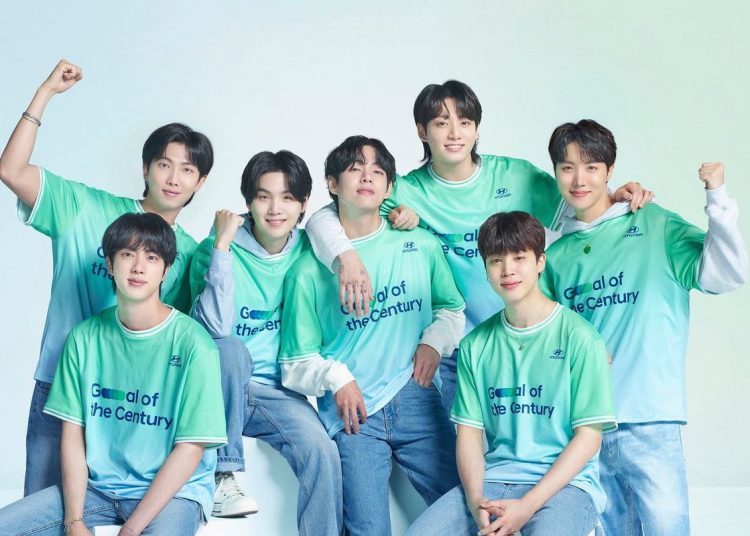 BTS is preparing to take the field in the second half of 2022. The South Korean group could release a song for the FIFA World Cup, which will take place in Qatar, between the months of November and December.

The song will be part of an action of the group with the company Hyundai Motor Company, official sponsor of the event. According to South Korean media, the K-Pop phenomenon will not only promote a great campaign called “Goal Of The Century“, but will also release a song that aims to be the hit of the championship.

Hyundai, a sponsor for the 2022 FIFA World Cup, will roll out various events as part of their "Goal of the Century" campaign. Among them, @BTS_twt will release a music collaboration project, expected to be released in the second half of the year.https://t.co/2ShCUsdjiI pic.twitter.com/3A6eMZUE7Q

You may also like: Ed Sheeran becomes the first artist with 100 million followers on Spotify

In the first half, BTS secured the release of the “Proof” compilation, which hit audio platforms early last month, featuring three previously unreleased singles. The project debuted atop the Billboard 200, the top US album chart.

“We have no idea how long we’re going to be together, but I hope it will be a long time. Even though we can’t perform as well as we used to“, the singer said.

Angelina Jolie is asked about alleged affair with The Weeknd