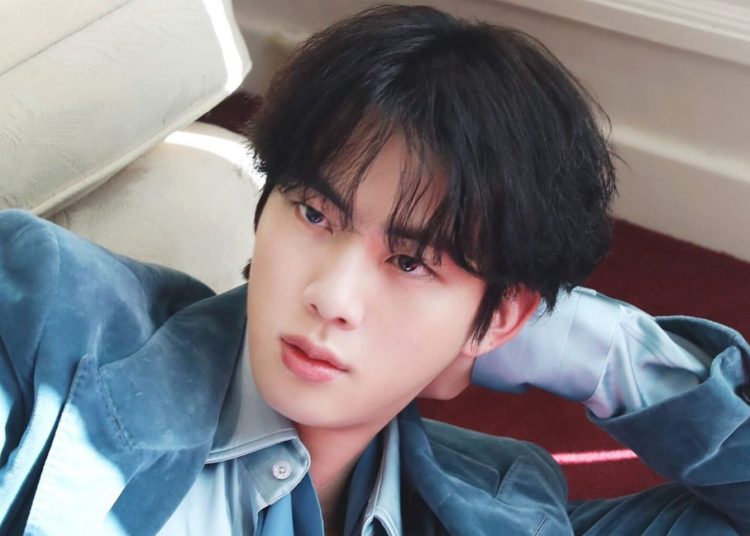 Everything seemed that Jin was one step away from starting his acting career. The term “ACTOR JIN” is among the most talked about topics on global Trending Topics this Monday, July 25th, as fans believe he has been in a movie recently.

The truth is that there is a lot of excitement surrounding Jin’s upcoming plans, as he studied acting in college despite never having worked professionally, except of course for his collaborations on BTS content.

Also, one of the most famous actors in South Korea who was an influence on Jin to act, Kim Nam Gil, quoted the BTS member in a recent interview with Cosmopolitan Korea. The actor said that he finds it easier to talk to older people, despite having worked countless times with younger actors.

“I’m close with Jin from BTS and have worked with young people like Cha Eunwoo (ASTRO) and Seohyun (Girls’ Generation)”.

"I did a lot of work with young friends like BTS Jin-na (Cha) Eun-woo and Seo-hyun, but I didn't communicate well." ㅡ 220721, Kim Nam Gil talking about jin at Cosmopolitan Interview pic.twitter.com/PEWWyoPuWT

You may also like: BLACKPINK’s ‘Ready For Love’ music video is coming this week

First of all, Cosmopolitan Korea translated the interview as if Kim Nam Gil had said that he had worked with Jin and this ignited the fandom so much that the term “ACTOR JIN” went viral. Later the magazine corrected the mistake.

On the other hand, this Monday the idol was present at the premiere of the movie “Emergency Declaration”, which has Kim Nam Gil as one of the stars. However, on Weverse, he clarified that he only attended the event because he was invited and wanted to honor his friend Kim Nam Gil.

.@BTS_twt Jin at the VIP Premiere for the movie “Emergency Declaration” pic.twitter.com/nxT6Ysa6Qa

“I had fun watching the movie !
I didnt star in the movie but thank you to all the ARMYs that came to support me.

thanks you you my nerves relaxed a little.
ARMY allabyu”, Jin said.

“I am working hard to prepare for my main job as well, so everyone please just wait a little bit~“.

? i had fun watching the movie !
i didnt star in the movie but thank you to all the ARMYs that came to support me.
thanks you you my nerves relaxed a little.
ARMY allabyu (i love you) pic.twitter.com/Lc3rLUSeIw

? “I am working hard to prepare for my main job as well, so everyone please just *wait a little bit~” (*Said cutely) pic.twitter.com/pm0cM4vwmD

BTS: V surprises an ARMY by visiting her at her home!