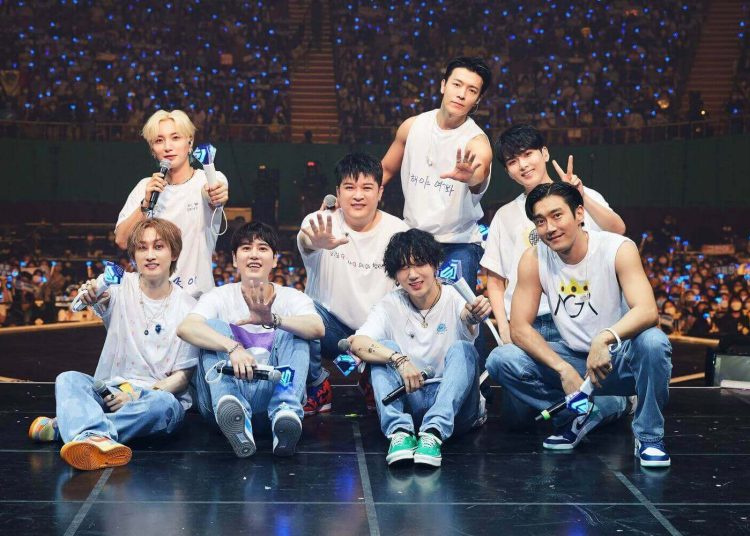 They are back. After almost three years of not seeing their fans in a face-to-face concert, the members of SUPER JUNIOR packed the Jamsil Stadium in South Korea from July 15th to 17th as a proof that their career is still going on.

Both local and international fans were able to attend “SS9″ and those who were not, also enjoyed the show, as SUJU enabled the online option for fans from all over the world on the last day through the Beyond Live page.

everyone attending today, enjoy the concert & have the bestest time with the boys 🤗💙#SuperShow9 #SuperJunior pic.twitter.com/raI7WazcWC

Being one of the longest running groups in K-Pop with 16 years of career, SUPER JUNIOR has shown different facets in their career to stay active in the industry. With songs in pop, hip hop, ballads and some in Spanish.

You may also like: BLACKPINK’s Jennie have come underfire for cultural appropriation in ‘The Idol’

SUPER JUNIOR started the concert with “Burn the floor“, an unreleased song from 2020. With the familiar loud greeting between the members of SUPER JUNIOR and E.L.F., each of them gave a brief speech as a welcome to the fans and expressed their joy at being able to give a live show.

Fans witnessed the first live performance of “Mango” at the concert. In addition, hits such as “Mr. Simple“, “Sorry, sorry“, “Bonamana“, “Devil” and solo songs of the members such as Yesung’s “Lost Heart“, Eunhyuk‘s “Be“, Kyuhyun‘s “At Gwanghwanmun“, Donghae‘s “California love” and more tracks.