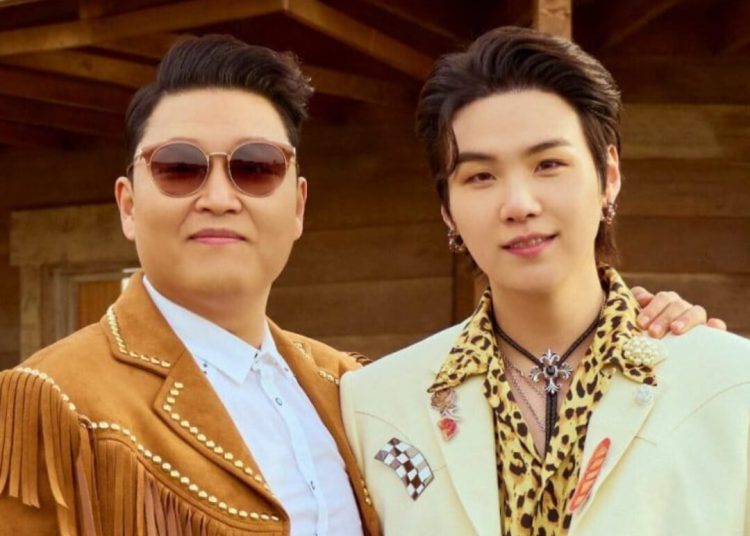 BTS‘ Suga was the surprise guest at PSY‘s “Summer swag 2022″ concert held on July 16th. In addition to shocking attendees with her presence, the K-Pop superstar performed the collaboration “That That” with her sunbae live for the first time.

Although he was unable to attend J-Hope‘s party due to a sudden fever, after recovering his health, Yoongi fulfilled the dream of fans who longed to see him on stage singing and rapping the theme he produced for the most recent comeback of the creator of “Gangnam Style“.

You may also like: Producer shares spoilers for BLACKPINK’s comeback

Released digitally on April 29th, “That That” is the title track of Park Jae Sang‘s ninth album “PSY 9th”. Suga was in charge of its production. The BTS idol also co-performed the song and co-starred in the respective MV on YouTube, which has more than 240 million views to date.

Attendees at the “Summer swag 2022” concert immortalized this moment on fancams, which took place at the Jamsil Olympic Stadium in Seoul, South Korea. Check out the most outstanding recordings: