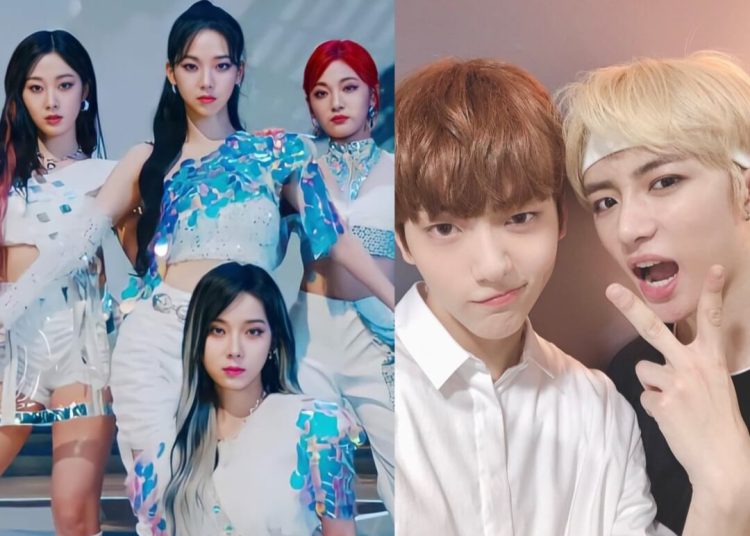 Due to an supposed mistake, the names of the TXT members were included in a teaser photo for aespa‘s new album “Girls“, which caused great annoyance and confusion among the fans of the K-Pop girl group.

However, the reactions from some fans have been very cold, due to the names of TXT members SOOBIN and BEOMGYU being seen on the stickers behind Giselle d’aespa. In fact, these props are known to have been used in TXT’s “The Chaos Chapter: FREEZE” teaser.

You may also like: GOT7’s JAY B is confirmed to be dating YouTuber PURE.D

Some aespa fans heavily criticized SM Entertainment saying. It is said that the quality of the album was lowered due to an error by SM Entertainment staff. Specifically, they pointed out that aespa and TXT are under different agencies and cannot understand this error.

However, some see it as a simple “mistake“, saying that employees can make mistakes because they are human. Others think it is about a collaboration between the gruops. Meanwhile, aespa will simultaneously release “Girls” in Korea and the United States on July 8 and begin their comeback promotion.

BTS: Jin will debut in the OST of the drama ‘Jirisan’, when does it premiere and where to watch?