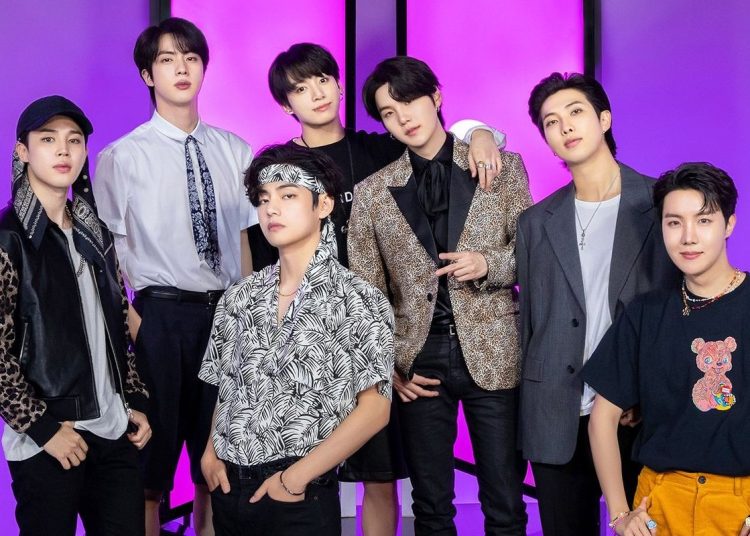 BTS members have named the most difficult BTS songs to perform on stage. Spotify recently shared the video of an exclusive interview with the septet on its official YouTube channel.

During the interview, the youngsters talked about their musical journey while answering questions about the band’s decade-long history.

When asked about his most difficult choreography, V yelled “‘ON’!” without hesitation, Jungkook and J-HOPE agreed on that.

“It’s the hardest track to play if we play the dance break version“, Jungkook explained.

You may also like: BTS’ Jungkook shows how passionate he is by revealing his life motto

Jin said that “‘IDOL’ with its full choreography“, Jungkook disagrees and insists that “ON” is the first more difficult. V chimed in and named the third song “FAKE LOVE” saying:

“Performing ‘ON’ gives us energy, but for ‘FAKE LOVE,’ we have to pour out all our energy“.

The boys of the K-Pop group did not agree when answering this question, which could mean that many of the choreographies they do have a high degree of difficulty that it is very difficult to choose just one.