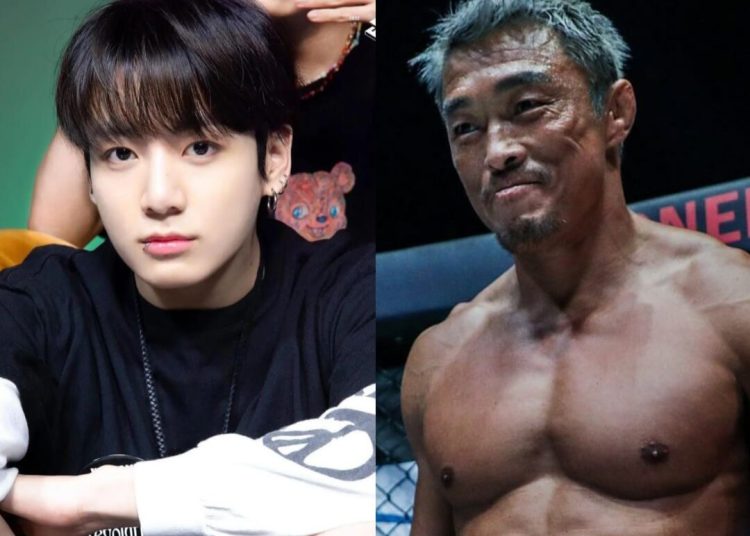 The fight between Jungkook of BTS and Yoshihiro Akiyama has been finalized. On June 29th, the South Korean-Japanese MMA fighter posted records of his long-awaited encounter with the Golden Maknae on social media, and the results are thrilling fans.

Previously, the 46-year-old martial arts champion, also known as Choo Sung Hoon, invited the K-Pop superstar to a workout after he shared a new update on himself practicing boxing, one of K-Pop’s favorite sports.

To the request, the famous 24-year-old Korean reacted with emotion, as his personal instructor revealed: “He answered me with smiles, ‘I could die’. I hope we can meet and make it a reality“, the coach said on social media.

You may also like: Stray Kids’ Lee Know raises concern for his condition during concert in the United States

The also judoka showed on Instagram two records of the encounter with Jeon Jungkook. One of these was a photo and another is a video of the final seconds of the confrontation. Although brief, thanks to this it was possible to know how intense the fight was due to the expressions of both the professional and the idol.

It should be noted that Yoshihiro Akiyama accompanied the images with the phrase “Good fight“. In addition, Jungkook can be heard in the clip being congratulated by his coach for his performance.