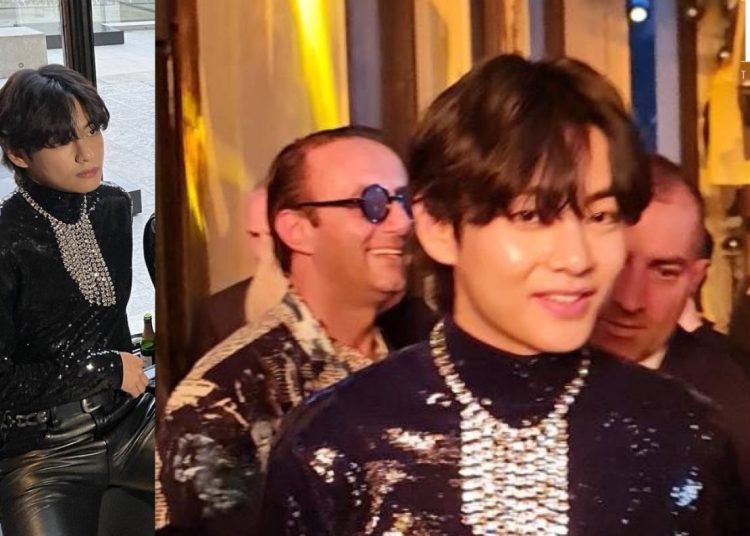 BTS’s V traveled to Paris along with BLACKPINK’s Lisa and Park Bo Gum to perform at Celine’s fashion week show. In addition to mingling with other K-Pop stars, the idol took time to walk around the streets of France, one of his favorite destinations, and was caught with a very lucky girl.

The singer has already started his solo activities, this time in the fashion world as a guest of Celine, a renowned fashion house. V’s appearance caused a furor in the social networks, this weekend the idol was trending after his appearance at the event.

You could also be interested in: Photos of BTS’s V and BLACKPINK’s Lisa interacting in Paris go viral around the world.

However, it all took a backseat for the ARMY after a video of V with a lucky girl was released. The BTS member broke one of the group’s rules and this fan became the envy of his followers, we tell you what happened.

Meeting BTS in person is almost impossible, unless you are one of the lucky ones to be in the front row at their concerts or attend their fansigns. In addition, their agency HYBE has a rule not to accept gifts from fans for security reasons and they are always surrounded by bodyguards.

During one of their outings in Paris, V broke BTS’ rules for this lucky girl who became the envy of all the fans. The lucky young fan had the chance to be with the singer before getting into his car and asked for an autograph which the singer did not refuse.

Megan Thee Stallion’s collaboration with BTS revealed, but her team wants to prevent it from being released

Anuel AA names himself “The God of Pop