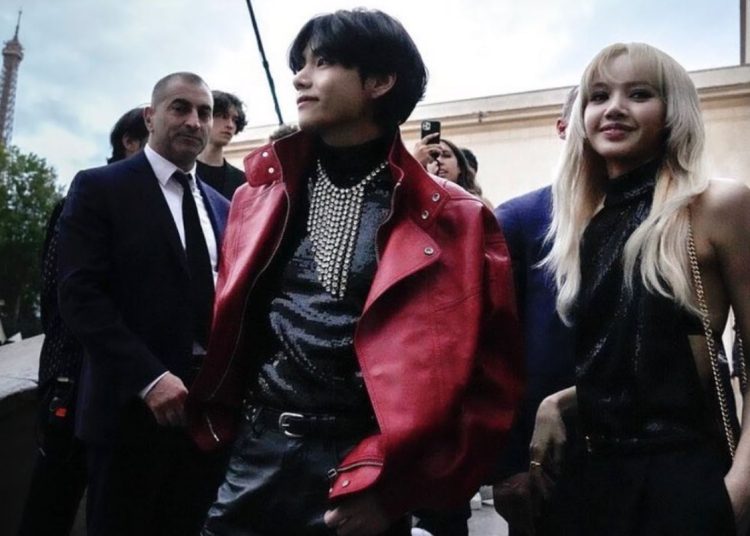 BTS and BLACKPINK gave their fans a big surprise after it was revealed that V and Lisa traveled to Paris together. Accompanied by actor Park Bo Gum, the idols were invited to Celine’s fashion week show in the fashion capital. The singers shared a plane and fans love the friendship between the two.

It was only recently that V was linked with BLACKPINK’s Jennie, with whom they claim to be in a relationship after they were spotted on an alleged trip to Jeju Island. So far, their agencies have not denied the rumors nor did they address the dating scandal.

Through their official social media, BTS‘s V and BLACKPINK‘s Lisa have updated their fans with a series of photos from their trip to Paris, most of them at Celine’s event. Some fans started to speculate that the pictures might have been taken by each other.

You could also be interested in: V of BTS and Lisa of BLACKPINK are caught in Paris, France.

Another photo that got fans excited was one where Lisa and V appear together on the plane, according to fans the singer appears in the background of the image, “sneaking” into the idol’s shot. They also believe in the possibility that they had some kind of interaction during the trip.

Another rumor that circulated on the interwebs was that the private jet they traveled in belongs to BLACKPINK’s Lisa and is valued at $56 million, so she would have offered to take V and Park Bo Gum. However, it seems that this was false information and it would have been provided by the fashion house Celine.