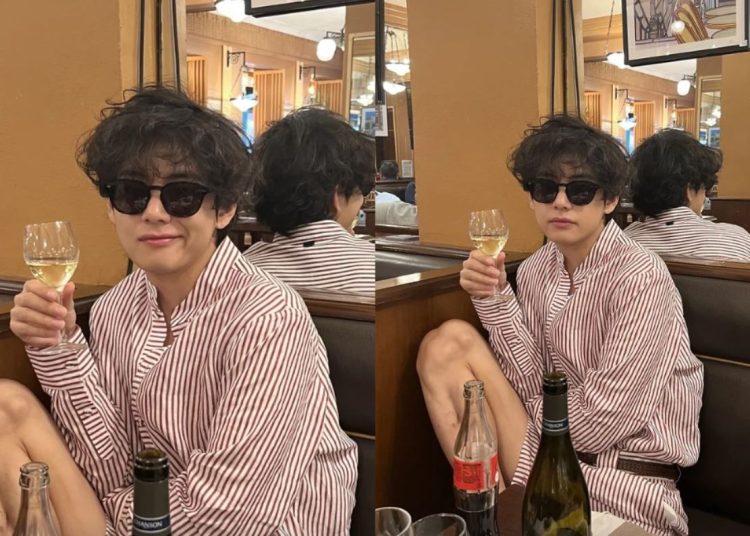 BTS’s Kim Taehyung didn’t hesitate to attend a nightclub in Paris, France to party the night away during his attendance as an ambassador of Paris Fashion Week. The Idol himself was the one who shared exclusive pictures of his night party in a story on his official Instagram account.

V appeared with a bottle of water in the images along with a big smile to the rhythm of the song “1942″ by G-Eazy, American rapper who played live at the nightclub in the French capital, meaning it was a private club.

All the fans are happy and celebrating that finally Taehyung can rest and take a moment for his own individual activities. On the other hand, some fans jokingly questioned his water bottle on social media, joking that it was actually alcohol disguised as water.

You could also be interested in: The 7 members of BTS make their official debut in a Netflix series.

The members of BTS will soon be releasing various individual music projects, so ARMY can’t wait to hear V’s new solo music, which promises to be full of sweet rhythms and romantic lyrics.

Lisa from BLACKPINK comes out as bisexual? The truth behind the rumor