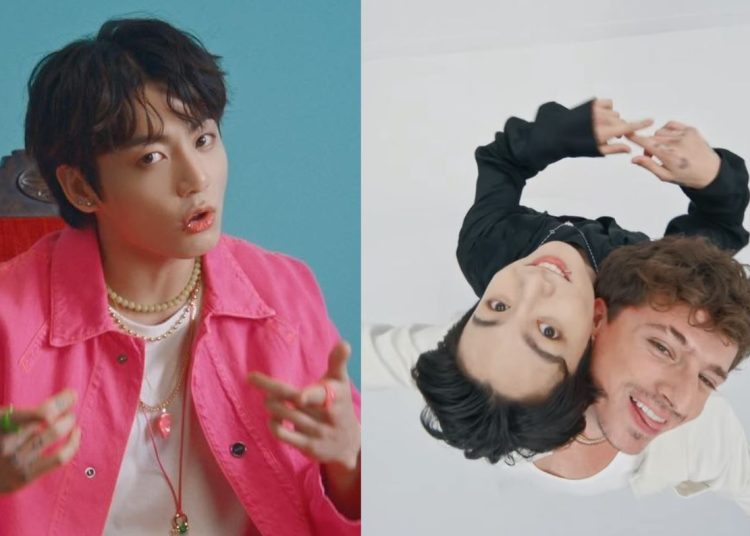 Finally, “Left and Right“, the long-awaited collaboration of BTS’ Jungkook and Charlie Puth, has been released. The track is already dominating global trends and at the time of writing this article, it has already surpassed 10 million views on YouTube alone, taking the top spot on the platform.

A minimalist music video, where JK and Charlie show their charms conquering even more their fans, who loved the collaboration from the moment of the announcement and caused a stir when the first teaser was revealed. Going into the details, the BTS idol used his sweet voice vocalizing only English words, managing to create beautiful harmonies together with Charlie.

For the BTS fandom, better known as ARMYs, this song marks the start of Jung Kook’s solo career, who can already be found with his solo profile on streaming platforms. Moreover, BigHit is giving a lot of promotion to the song, as if it is a group comeback.

Prince Harry Will move to the UK without Meghan Markle

You could also be interested in: BTS’ RM takes the public transport despite being a millionaire surprising with his humbleness.

Recall that during the FESTA 2022 event, the members announced that they would be taking a hiatus as BTS, to focus on their solo careers.

Then HYBE came out to state that the group is NOT disbanding, simply the idols will focus on their solo careers and then come back OT7.

Jungkook officially becomes the first member to have solo activities during this new stage of the group.