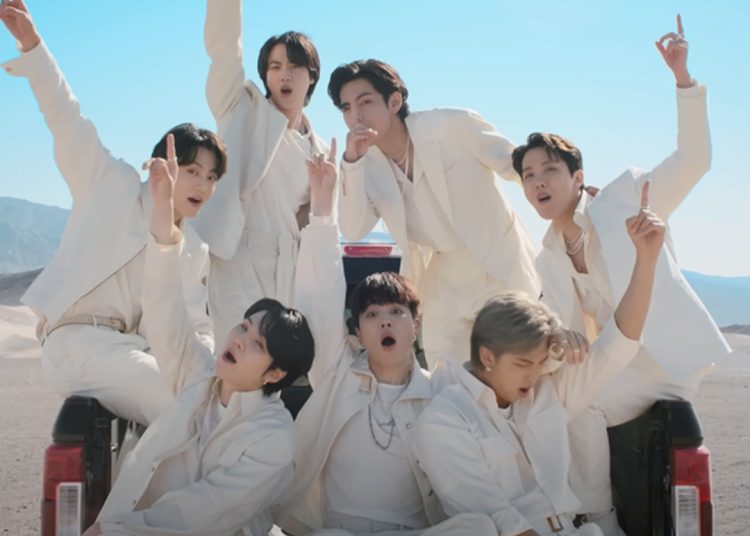 Analyzing a BTS music video is a fun but complex task. Going back to all the music videos the boys have released since their debut in 2013 has been as much an emotional journey as it is a look through a detective lens.

The “Yet To Come” music video has a large number of references to the band’s previous music videos. Here are 13 similarities we found.

Jungkook: It may be related to the “화양연화 (or HYYH) on stage: prologue” video that was released in 2015. Jungkook looks at BTS again through his fingers.

BTS in chairs: The seven members take on a lineup that’s a nod to their “Just One Day” music video, but this time, they’re in the middle of a desert instead of a room.

Jin: Member Jin’s gesture is familiar as we go back to the end of the “FAKE LOVE” music video when one by one everyone breaks free from his grasp.

You may also like: Will BLACKPINK’s next comeback be their last? Find out

Empty Carousel: A crucial element in the BTS universe, the carousel in an almost exactly similar scene is also present in the “Spring Day” music video.

all the references in the yet to come mv ? the nostalgia… im sobbing pic.twitter.com/mK4XSa1kPm

Winged Statue: The winged statue was a common site in the “Blood Sweat & Tears” music video.

SUGA: The SUGA member has told his story over the years with a frequent feature of his beloved piano, which is now in a flower bed as opposed to fire in the ‘WINGS Short Film #4 FIRST LOVE’ video .

RM: The container with the particular number of the ‘I NEED U’ clip came back together with RM.

J-Hope: The green shirt can be linked to the “Spring Day” music video where she sat on top of a moving train.

The Truck: The members of BTS have always been traveling in their signature truck, which makes another appearance in the “RUN” music video.

Jimin: A very apparent throwback to the “Spring Day” MV, Jimin repeats his actions of calling out to someone adoringly, but this time without taking the pair of shoes.

Blindfolded: The roles are reversed when this time it is Jin who covers V’s eyes and not the other way around as in the “Spring Day” clip.

V: The camera gesture was seen in the “Spring Day” music video, directed by V and Jin.

Bus to Train: While the yellow bus was seen in the “No More Dream” music video, the exact shot dates back to the end of the “Spring Day” music video.

Fans shows how much dislike Chris Pratt as Mario Bros

SHINee’s Taemin and his unexpected cameo in drama ‘Pachinko’