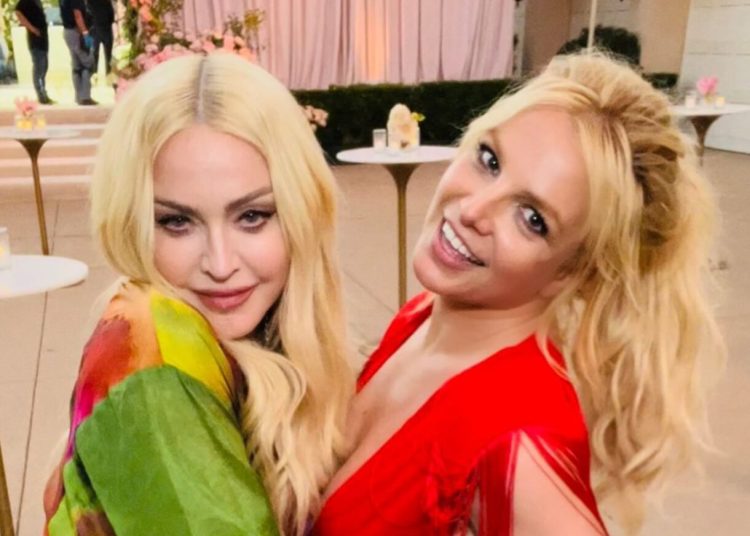 Last Thursday, June 9th, Britney Spears married Sam Asghari in Los Angeles, United States, and the guest list was limited. Between friends and very few relatives, only 60 people had the privilege of participating in this special moment for the couple, and Madonna was one of them.

In the middle of the celebration, the Princess of Pop and Madonna recreated the iconic kiss from their 2003 performance, driving all the fans crazy. The unexpected kiss was captured in a photo and shared on the networks where it has gone viral.

britney spears and madonna recreate their iconic kiss. omggg i love them 💞💞💞 pic.twitter.com/X5CDpFpTI6

You may also like: Britney Spears’ ex-husband interrupts the singer’s marriage

According to Vogue, the guests took to the dance floor with the bride’s “Toxic” Selena Gomez and Drew Barrymore showed off the swing and there was even a version of “Stars Are Blind” with Paris Hilton. However, the highlight of the night was the kiss between the pop stars, which came almost 20 years after the scene at the 2003 VMAs.

BTS: V and Jimin fought for the love of ARMY for this reason