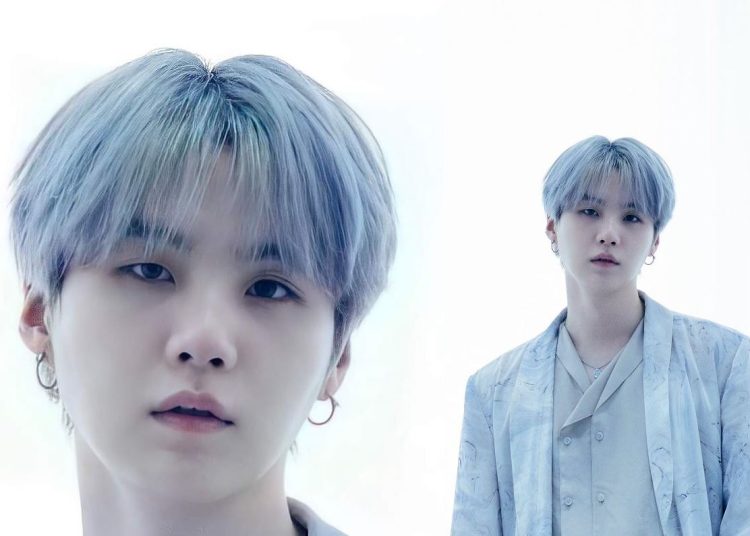 Suga’s long hair caught all eyes at the airport, wearing a light-colored outfit, Min Yoongi walked into the air traffic control facility, the idols passed in front of the cameras and the wind blew the idol’s hair.

This caused a contrast with his outfit due to the dark shade he is currently wearing as if he were a romance anime main character. Repeatedly, Suga had to run his hands over his hair to re-style it, a gesture that made hearts race and made the boy’s look even more striking.

Suga also wore a very special necklace on his journey to the white house. Among the accessories that the “Seesaw” singer wore on this occasion, there was a necklace that was familiar to the fandom because the boy wore it since his debut days.

You could also be interested in: BTS’ RM shares how he feels about meeting the U.S. President at the White House.

Apparently it was a gift from his mother to wish him that his dreams come true, something that undoubtedly came true. Now the 7 Korean boys are arriving in the United States waiting to give an incredible speech to make more visible social problems that affect the youth.