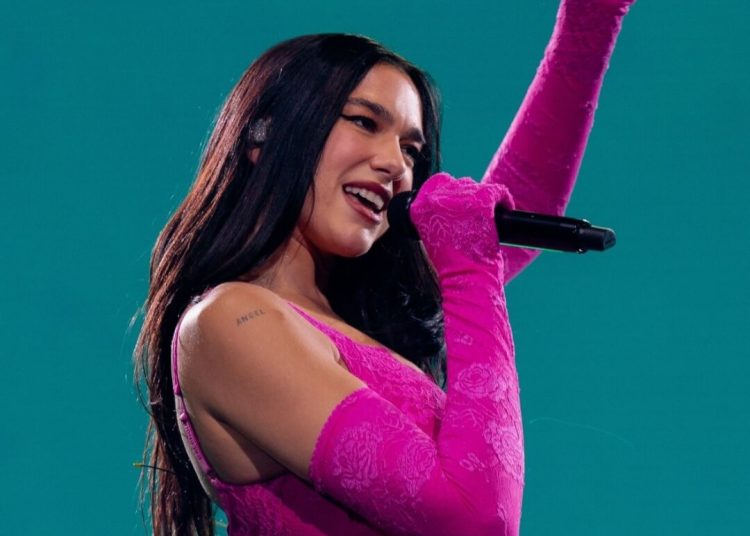 Currently touring Europe with the “Future Nostalgia Tour”, singer Dua Lipa suffered a minor accident during her second concert in Milan, Italy, this Thursday, May 26th. While she was singing the song “Be The One”, the artist slipped and fell on stage! The moment was recorded on video by a fan very close to Dua.

Despite the scare, Dua Lipa quickly got up with the help of a dancer and continued with the performance! The artist’s professional posture captivated the audience, who clapped and sang even louder. That’s support, right?

📹 | @DUALIPA fell over during “Be The One” tonight #FNTourMilan (Via @teozorzoli)pic.twitter.com/d8H9Lv30Gm

You may also like: Olivia Rodrigo could be having a romance with TikToker. Check out the photos

In other related news, the long-awaited return of DJ and music producer Calvin Harris, entitled “Potion“, arrived this Friday, March 27th, on the main digital platforms. The song, which had a few previews released in recent days, features guest appearances from singer Dua Lipa and rapper Young Thug.

The artists arrive with a super tropical music video, referencing the light sound of the song itself. Drawing heavy inspirations from the instruments and musicality of the 1980s, “Potion” is part of Calvin Harris’ new album, “Funk Wav Bounces Vol. 2“, due out later this year.

Kanye West admits he did “unacceptable things” as a husband