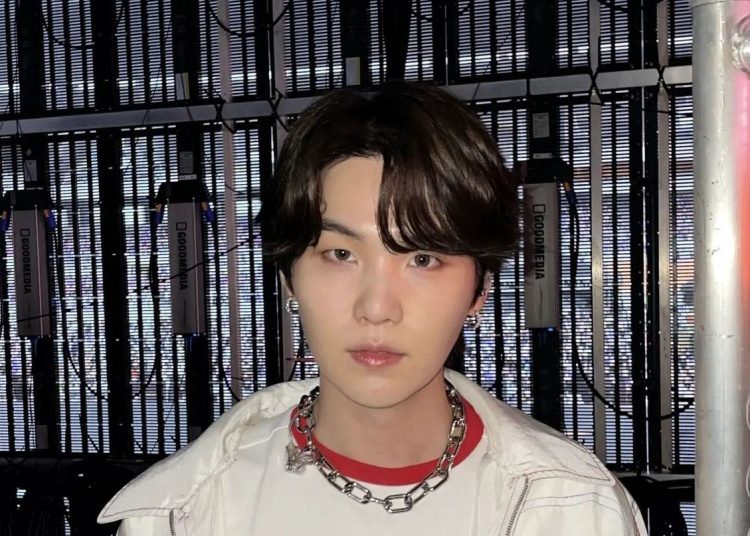 Apparently one of BTS‘ Suga’s crushes is one of the most popular female artists in the world, as his reaction to meeting her for the first time in person left all of ARMY jealous, as he could be seen quite nervous. Who is it?

BTS attended the Billboard Music Awards in 2018, where they were able to meet several celebrities and singers, as in that year their career was preparing to take off and become a worldwide phenomenon.

Backstage, BTS met Taylor Swift, the top female artist of the moment. The singer did not miss the opportunity to pose with them and take a photo, but Suga’s reaction caught the attention of his fans, who were excited to see the rapper feel nervous to meet the American artist.

You could also be interested in: Series in which BTS’ Jungkook has a cameo and you can watch from now on.

The rapper aside from getting nervous, he was very shy when he had her right next to him, he couldn’t even look back as she settled for the photo. After Suga’s reaction, some believe apparently, she might be one of his favorite singers and crush, so having her in front of him made him react that way.

YG says BLACKPINK’s return ‘has not been released yet’