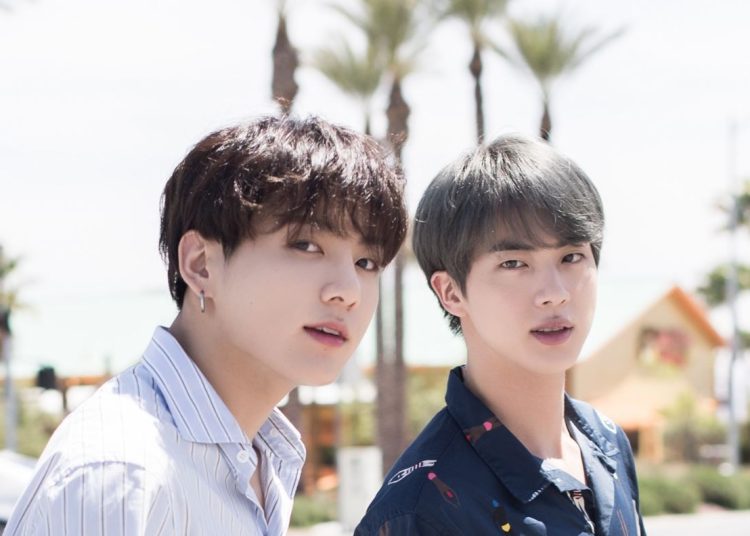 As if they were blood brothers, Jungkook always loves to tease their group mates with pranks and their main target is the older member, Kim Seokjin. This duo is known for radiating a chaotic sibling energy and this time they did not go unnoticed with their pranks.

BTS this week released the behind-the-scenes of “My Universe,” sharing every moment as they filmed the video in collaboration with British band Coldplay. During one segment, Jin wanted to get revenge on Jungkook, the idol cautiously approached him to show something to the Maknae, but JK was too tired and refused.

Jin continued to insist and tried to convince him. The “Epiphany” performer was really inflexible with his joke and wanted to open jungkook’s jacket, adding “I’m going to show what’s inside that!”

You could also be interested in: BTS’ Suga can’t help but get nervous when he meets this girl and causes jealousy in ARMY.

The younger BTS member managed to realize what he was going to do and had no filters to scold Jin in front of the cameras as he said, “You’re going to do this again, aren’t you?“. Jin didn’t seem to care and was honest in replying that he wanted to show it because the cameras were on.

“We’re in front of the camera, what are you talking about! Act like a professional!” After resisting and even Jin said that he is making ARMY wait, Jungkook eventually found a way to escape Seokjin’s joke.

BTS: Jin and Jimin make an April fool’s joke and it’s the funniest thing ever

Ed Sheeran buys land to try to rebuild the UK