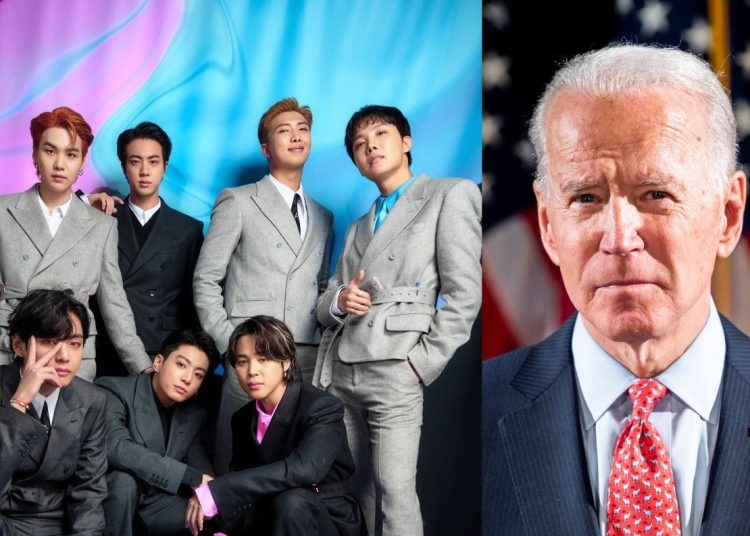 The global phenomenon BTS is increasingly dominating the world stage, on their way to becoming legends for their impact on people. Now, they will return to the United States to discuss with none other than Joe Biden, the current President of the United States at the White House.

Among the main topics to be discussed are global issues such as the increasing hate crimes endured by Asian minorities in the U.S., as well as other issues such as inclusion, representation and much more. Through a statement released by the White House press officers on May 26, they said:

You could also be interested in: BTS’ Jungkook reveals that he sleeps in his undies and melts his fans.

On tuesday, may 31st, global KPOP phenomenon and Grammy-nominated musical group from the Republic on Korea BTS (Bangtan Sonyeondan or “Beyond the Scene”) will join President Biden to discuss Asian inclusion and representation, and to address anti-Asian hate crimes and discrimination which have become more prominent issues in recent years.

President Biden has previously spoken about his commitment to combating the surge of anti-Asian hate crimes and signed into law the COVID-19 Hate Crimes Act in May 2021 to provide law enforcement with resources to identify, investigate, and report hate crimes and ensure that hate crimes information is more accessible to AA and NHPI communities. President Biden and BTS will also discuss the importance of diversity and inclusion and BTS’ platform as youth ambasssadors who spread a message of hope and positivity across the world.”

Madonna asks Pope Francis for a meeting for a confession