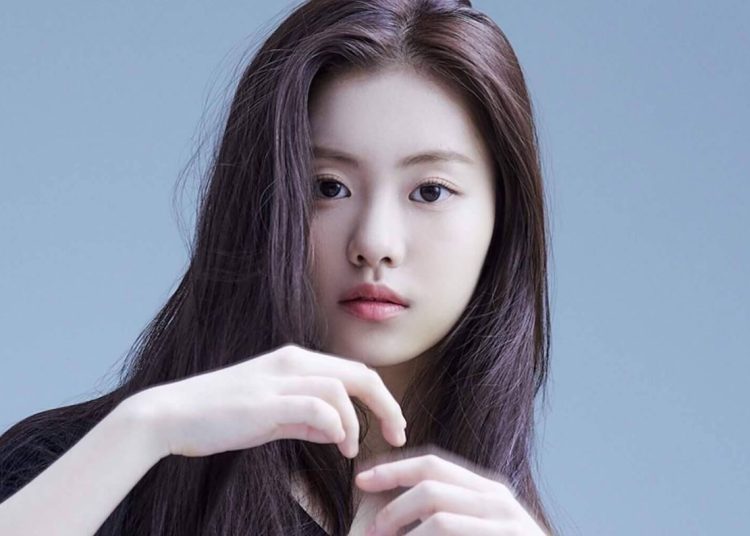 HYBE Labels has released an official statement following the controversy that has arisen around Rookie group member LE SSERAFIM, who is being accused of committing bullying in her pre-debut era, after this, the company has decided to place the girl on indefinite hiatus and cancel the group’s schedule. The official statement reads as follows:

You could also be interested in: BTS’ Jungkook reveals that he likes singing with a group and connecting with ARMY the most.

“Hello, this is Source Music and HYBE.

We would like to tell you the facts and our position related to the additional allegations made against LE SSERAFIM member Kim Garam.

First of all, we would like to apologize for causing concern to the fans regarding these allegations. We have refrained from clarifying the details up until now as we were concerned that the identity and sensitive personal information of minors, such as the individuals who are involved in this case as well as the party claiming damage, would be disclosed if the facts and details mentioned through the parties themselves and third-parties were mentioned in detail. However, we want to correct the suspicions that have been raised as distorted claims, such as how Kim Garam unilaterally was a perpetrator of school violence and physical bullying over a long period of time, and only one individual’s position is being conveyed.

Before we go into detail, the most important points of the previously mentioned school violence committee are as follows:

We will explain in detail the matters related to [Kim Garam] below.

Kim Garam was called into a school violence committee meeting in 2018 while attending her first year of middle school (7th grade). We will explain the detailed facts because only then can the overall context be understood. In this case, Kim Garam was pointed out as the perpetrator for what happened. She took the place of her friend who was harmed. The perpetrator made a mistake in their relationship with their friends, requesting for the school violence committee.

Kim Garam was friends with Yoo Eunseo for about two months, between March and April 2018 at the beginning of the school year. However, during a retreat at the beginning of the school year, the two had an argument for about three house when Yoo Eunseo found out that Kim Garam had been gossiping with other friends behind her back. The two ended up apologizing to each other. However, after Yoo Eunseo told what happened to one of her close male friends, outside school grounds, Yoo Eunseo and the male student threatened to use physical violence on Kim Garam. Due to the incident, the two no longer got along.

Since then, Yoo Eunseo took a picture of student “D”, who was a close friend of Kim Garam, wearing only her underwear while she was changing her clothes. After taking the picture, Yoo Eunseo uploaded the picture publicly onto the social media account of friend “A”. At the time, “D” was mentally disturbed and a total of five students, including Kim Garam who was a friend of student “D”, questioned Yoo Eunseo for her behavior on behalf of “D”.

Kim Garam and her friends, who were angry at the spread of the illegal photograph of “D”, met Yoo Eunseo separately and there was a lot of cursing involved during their big argument.

Yoo Eunseo admitted to her wrongdoings but she was not punished for this by the school, and no school violence committee was held.

However, Yoo Eunseo voluntarily transferred schools at the request of “D”, who was the victim of the illegal photography, even before the school violence committee was held and her forced transfer was being discussed.

Also, the school violence committee’s punishment was handed out to two students, Kim Garam and “A”, who were pointed out by Kim Garam before her transfer.

At the time, there were many students who understood the contents of the school violence committee’s report.

Regarding the school violence committee that was held in June 2018, many of the individuals directly involved and their classmates knew of the key content. Apart from the classification of the perpetrator versus the victim, there were many classmates who believed Yoo Eunseo’s behavior was a problem, demanding a school violence committee meeting even though she made a mistake, and there are third parties who can testify to this.

Kim Garam is also a victim of school violence.

Following the aftermath of the school violence committee, absurd rumors about Kim Garam spread throughout the school. When Kim Garam was in middle school, she suffered from malicious rumors such as ‘she hit her friend iwth a flowerpot so she was forced to transfer.’ and later received an apology from a student who spread a false rumor, thanks to the intervention of a teacher.

Kim Garam has been suffering from false information even up until recently.

Kim Garam has been damaged by all kinds of false rumors since her debut, and we would like to clarify that all of the following points raised by people are not true.

1. ‘Kim Garam was forced to transfer’ is not true.

Kim Garam spent her kindergarten to 2nd grade years in Seoul, then spent the rest of her elementary school years in Gwangju due to her father’s job. When she entered middle school, she returned to Seoul and enrolled in the middle school near her house. Currently, she is attending high school. There was no forced transfer involved in any of these processes.

2. Rumors such as “she hit somebody with a pot” and “she hit a student with a brick” are not true.

The aforementioned rumors are all defamatory rumors that Kim Garam had to endure during middle school. She has received an apology from the student who started the rumors through the intervention of a teacher.

3. That “she would arrive at school in a police car and that she was involved in group fights and attacked students” are false.

Kim Garam did not attack other students, nor was she involved in a group fight, and has never arrived at school in a police car. All of the above are lies.

4. The rumors saying, “she drank and smoked,” are lies.

Kim Garam has never smoked, nor has she ever drank. However, she was bullied by students who falsely accused her, which led to an investigation. Kim Garam, during a mediation session with the teacher, was so distraught that her parents took Kim Garam to take a nicotine test and explained to other students that the rumors were false.

5. “That she bad-mouthed other artists” is also a lie.

6. “That she was a trainee at another label” is false.

Kim Garam has never been a trainee before her tenure at Source Music. Rumors stating she was supposed to debut in a different group but was cut due to her bad behavior are also false.

We have said we will pursue punishment according to the fullest extent of the law for all who spread malicious rumors. We have already started lawsuits against those for who we have evidence and will continue to file lawsuits as we obtain further evidence.

We are asking for your forgiveness and understanding.

Due to the involvement of minors, including Kim Garam, we tried to resolve the situation without revealing details of the truth. However, as baseless allegations surrounding Kim Garam, as well as the alleger’s one-sided allegations made through her lawyers, have been released, we feel unfortunate that we are forced to reveal sensitive details.

Also, we would like to apologize for Kim Garam’s use of language in the past. Although the words were spoken in defense of a friend that was harmed, Kim Garam is apologetic and is remorseful for using foul language and threatening the alleger.

Kim Garam, in her first year of Middle School, became a victim of cyberbullying as well as a victim of school bullying. She has since diligently moved forward to pursue her dreams.

However, she has dealt with many rumors and has been attacked mercilessly in the process of her debut. We have thus spoken with Kim Garam and have agreed to temporarily halt her promotions so that she can focus on healing. Until Kim Garam has fully healed and returned, LE SSERAFIM will move forward as a five-member group.

Although this was an incident that happened in the tumultuous backdrop of Freshman Year in Middle School, Kim Garam is looking back on her immature actions and is full of remorse. We ask for merciful understanding.

Lastly, we would like to apologize for only now revealing the specifics of the case, as well as any discomfort our artist may have caused. We would like to sincerely apologize to the fans that have supported LE SSERAFIM.

Find out why BTS meet with the president of South Korea

iHeartRadio Music Awards 2022 – Who do you think will win? VOTE NOW