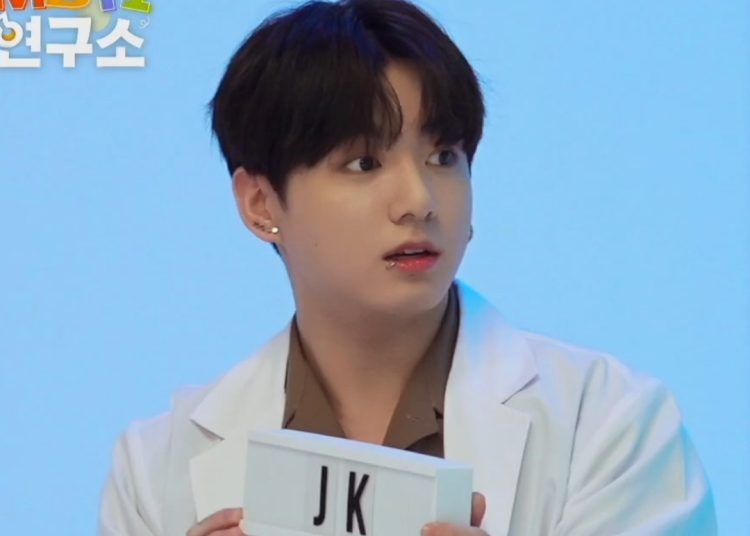 BTS has fun redoing the famous MBTI personality test and this allows us to know a little more about them. Even if we have the result, it’s always good to have accurate data to help us define someone’s personality. These help us get to know Jungkook:

The golden maknae loves to dine with his friends, but if they break their ground rules, In MBTI Lab 2, BTS gave their opinion on the famous “Knob Leaf Debate” and the “Shrimp Debate“.

While some members would be okay with their partner peeling knob leaves for a friend (and vice versa), Jungkook was not, “They peel a knob leaf and next thing you know, they hold hands and fall in love! And they end up getting married!“, he says.

“It seems like my friend is angry with me these days, what would I do? A: Organize my thoughts, whether it’s a week or a month. Think first about why he is angry. Ask right away what the problem is; ‘Hey, are you angry about something I’ve done?’“

Jungkook was on the A-team. “You just have to be careful how you ask,” he said. “I think I would keep comforting them, so they can tell me what’s wrong with them“.

Question: “I’ve been in a car accident. The first thing my friend says to me on the phone is, ‘Do you have insurance?’” [A. Annoyed B. Not annoyed]“, Jungkook was the only member who chose A.

“You should ask them if they are well first. Imagine you’re in the hospital bed and they call you and ask, ‘Do you have insurance’ versus ‘Are you okay‘”, Jungkook says.

Some people are planners, others are not. When BTS chose his papers to go on a trip, it was clear that this task was not Jungkook’s responsibility.

If you were cooking a dish for a friend that didn’t taste good, you’d want them to tell you instead of trying to protect your feelings by pretending otherwise.

“I would feel more uncomfortable with [option A]. If I know my food tastes bad, it would be weird if they kept eating it. It’s better because they’re honest and say thank you at the end“, he opines.

Most BTS members clean their rooms whenever they feel like it (B), but Jungkook prefers to clean regularly (A).

“I’m totally B, but then I wouldn’t get anything cleaned, so I have to go with A“, Jungkook replies.