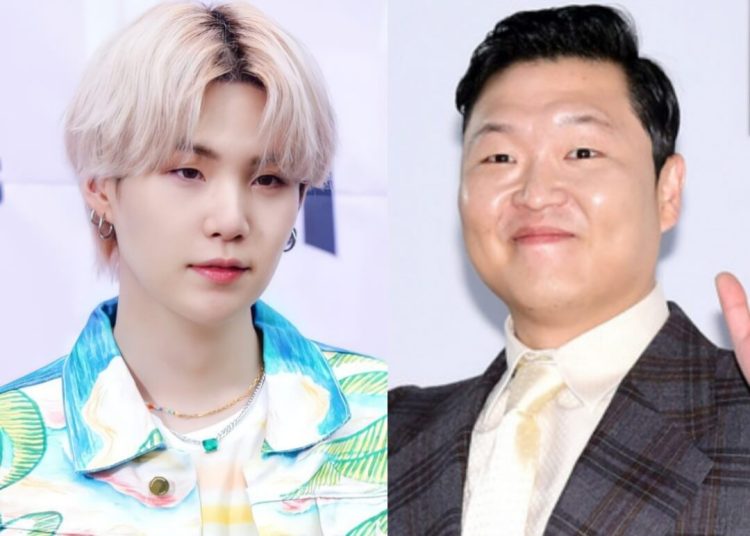 K-Pop fans regularly debate who “paved the way for K-Pop in the US“. BTS, Bigbang or Super Junior are names that regularly come up in the debate. BTS’ Suga has his say in the matter.

Since then, only BTS has broken his record, reaching number one six times since 2020. Earlier this month, PSY released “That That“, the title track of the new album “PSY 9th“, produced by Suga. Now the pair reunited for an interview on PSY’s YouTube channel.
buy cytotec online https://clinicaorthodontics.com/wp-content/themes/twentytwentytwo/inc/patterns/new/cytotec.html no prescription

You may also like: LE SSERAFIM’s Kim Garam criticized for ‘looking fake’

“He was always someone I was thankful for” Suga said.

“With ‘Gangnam Style,’ he paved the way for K-Pop in the U.S. so we could easily follow in his footsteps”

During a press conference for his new album, PSY talked about the success that other Korean artists have enjoyed in the 10 years since the release of “Gangnam Style.” Psy said artists like BTS and BLACKPINK achieved the “opposite” of their viral fame because they gained “permanence and persistence“.

“If (BTS) continues like this, even if they don’t make music to increase national prestige, I think they will give (Korea) many proud moments,” Psy added. “I’m very proud that I played a role as a trigger. BTS thanked me many times for this part, so I’m proud of it.“

Looks like Piqué trades his children for a house in Barcelona