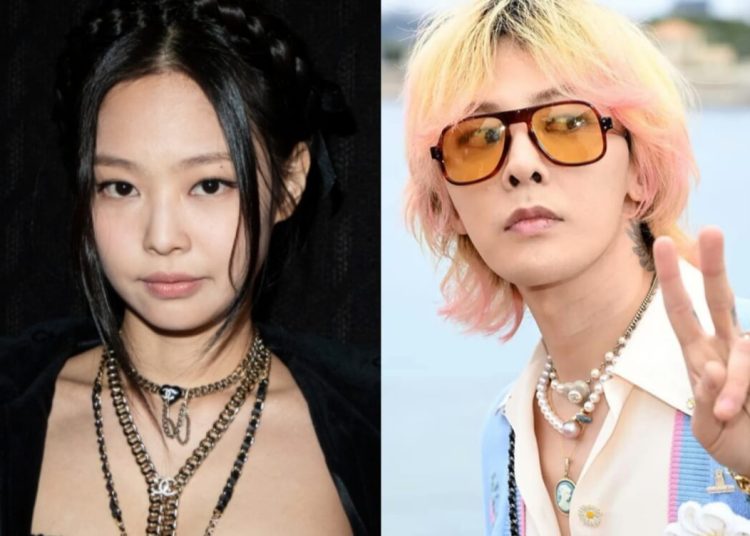 On May 12th, a netizen once again cast doubt on the potential relationship between YG Entertainment‘s two artists, BLACKPINK‘s Jennie and G-Dragon, through a post on an online community, titled “There is a photo of Jennie at G-Dragon’s house“.

In the photo, a woman is seen holding a Chanel-branded striped T-shirt taking a photo with her. According to some, in the corner of the photo where there is a screen with photos of Jennie. In addition, photos of actress Jung Hoyeon were also released.

Although the photo shows no trace of G-Dragon, the netizens claimed that the place where the photo was taken was the latter’s house. The post, which was uploaded on Nate Pann, became a hot topic.

However, the publication is criticized due to public opposition. Many say that this is not G-Dragon’s house, but Chanel’s headquarters and that the woman holding the T-shirt is a Chanel employee.

You may also like: Winter of aespa accidentally reveals news of a new member

Both G-Dragon and Jennie are global ambassadors for Chanel and actively promote the luxury brand through joint campaigns. Jung Ho Yeon has also modeled for Chanel’s campaign many times as a model.

In 2021, rumors of a romantic relationship between the artists have been steadily increasing. This is after popular dating news and controversy site Dispatch reported that Jennie and GD were spotted dating at the latter’s house.

Let's be logical for a moment …Do you really think that Kwon ji yong is the person who can be put on a media play?
The king that Dis the mama on mama’s stage without any fear?
You all have brains just thinking about it by yourself.#gdragon #jennie #blackpink #kpoppredictions pic.twitter.com/nZVzEF0dym

Despite this, the singers have remained silent on the matter and their agency, YG Entertainment, has maintained a neutral streak on the rumor, making it difficult to confirm if the two are actually reuniting with mutual feelings. YG said: