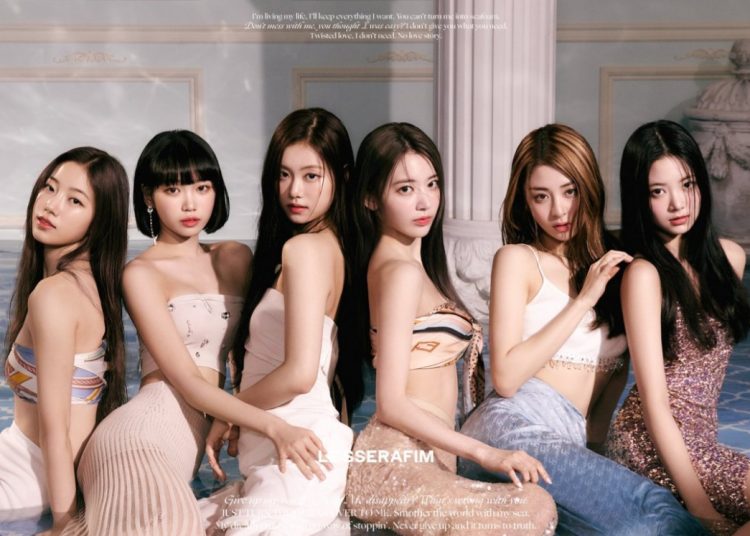 Now it’s official; the South Korean group LE SSERAFIM was born a giant and secured another record for its name. After a week of releasing their debut EP, “FEARLESS”, the girl sextet now have the best first week sales for a rookie girl group in South Korean history.

You may also like: Monsta X fans worried about disbanding after 3 members haven’t renew contracts

The number also puts LE SSERAFIM alongside other major South Korean girl groups as one of only 6 girl groups to pass the 300,000 unit sales mark of a project in one week. Among these groups are: BLACKPINK, Red Velvet and IZ*ONE.

LE SSERAFIM, which is HYBE‘s first girl group, is made up of Sakura and Kim Chaewon (both former members of IZ*ONE ) and Huh Yunjin, Kazuha, Kim Ga Ram, and Hong Eun Chae, who are all contestants on the show “Produce 48”.