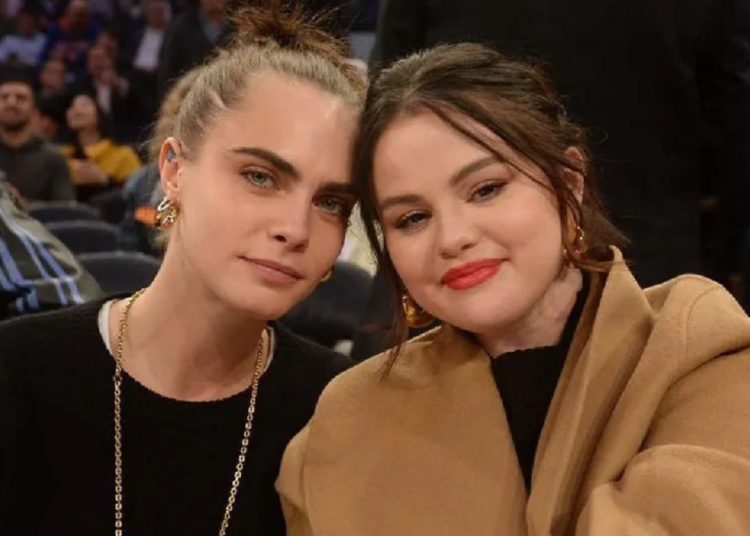 The cast of the 2nd season of “Only Murders In the Building” will have news! Cara Delevingne will be part of the series playing a sophisticated art world girl named Alice. The announcement was made by the websites Variety and Deadline.

With the production of the next season, some of the stars that we will be able to see for the first time in the new episodes were announced, such as Shirley MacLaine, Amy Schumer, Michael Rapaport and Cara Delevingne.

The model’s signing has excited fans of the series, as Delevingne is a good friend of Selena Gomez, with whom she was romantically linked years ago. And the story will undoubtedly benefit from the complicity between the actresses.

Cara Delevingne will play Selena Gomez’s love interest in Season 2 of ‘Only Murders In The Building.’ pic.twitter.com/s7JENdOUgq

Delevingne will be the romantic interest of the Mabel interpreter in this season, who will meet an art gallery owner named Alice who, according to the publication, will put the protagonist in touch with a side of her sexuality that she was denying herself until now.

You may also like: Madonna asks Pope Francis for a meeting for a confession

“It was wonderful to have the two of them, who know each other and were very comfortable with each other“, declares John Hoffman, co-creator of the series.

“Sparks fly making it clear to you that one is opening up the other’s world“.

“It’s a little sparky in all the right ways that makes you feel like, Oh, someone’s opening someone’s world” ?

“Only Murders In the Building” became the most watched series on streaming service HULU in the United States. It was created by Steve Martin, who shares the role with Martin Short and Selena Gomez. The three are also executive producers.

In the story, they bring to life characters fascinated by true crime stories, and end up getting involved in the investigation of the mysterious death of a neighbor of the building they live in, in New York.