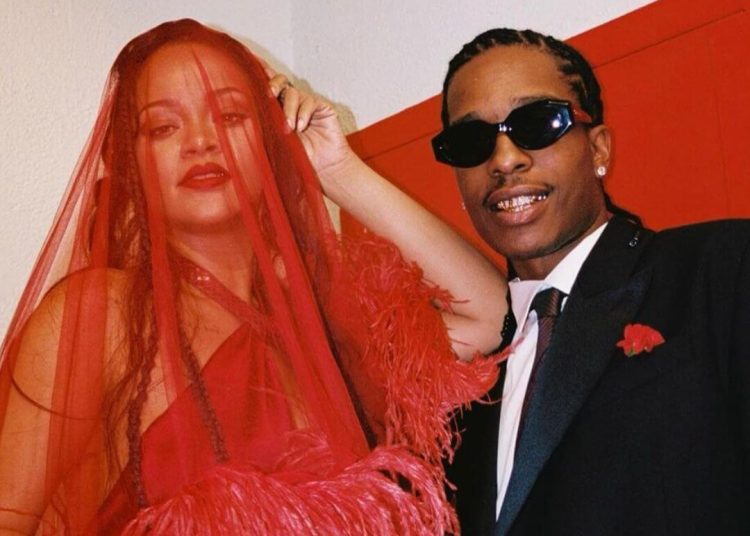 Rihanna and A$AP Rocky get married in new video

This Thursday, May 5th, rapper A$AP Rocky released the new clip “DMB“, directed by himself. The biggest surprise of the clip, however, is that it stars Rihanna, his girlfriend. In the video they experience romantic moments and even get married at the end, with her wearing a red dress.

This clip was recorded in July last year in New York and, at the time, photos were taken. Fans were excited that it could be Rihanna’s long awaited comeback to music or at least a collaboration. However, neither of these things happened.

You may also like: Find out why Ferrari banned Justin Bieber from buying the brand’s cars

She simply lent her beauty to the clip. It is worth recalling that the star has not released anything since the 2016 album “ANTI“. Currently, the interpreter of “Diamonds” is in the final stretch of her first pregnancy, the fruit of her relationship with A$AP Rocky.

Both artists seem super in love, even though their life has been unstable during the last months. There were rumors of betrayal and the rapper was arrested on charges of assault with a firearm. He was released after posting bail, but investigations continue.