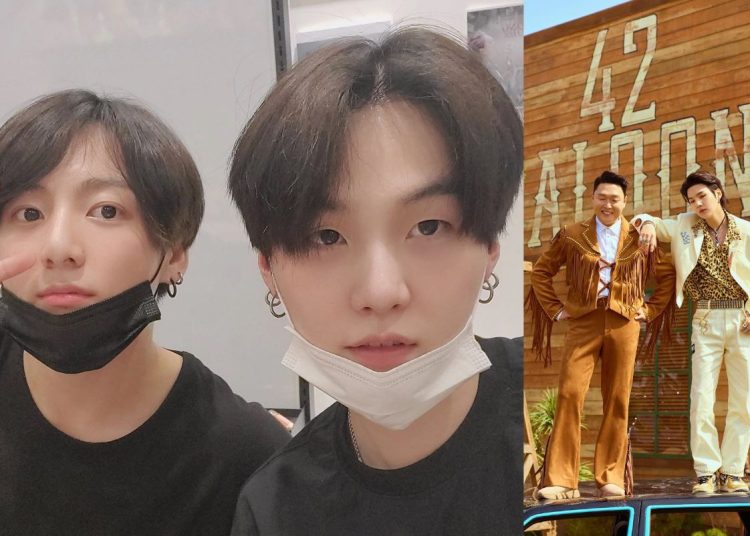 After almost a week of his release together with PSY, Suga decided to thank his fans through a live broadcast where he talked about the collaboration in which he participated as a producer, he also revealed that Jungkook has constantly made fun of him.

Suga explained that his fellow BTS members have shown great support for the song “That That,” contrary to Jungkook who decided to create an imitation of the rapper and has amused all the fans on social media.

Through his personal Instagram account, Jungkook posted a new video clip in which his voice can be heard and, according to ARMY’s translation, it would be an imitation of Suga in “That That.” The rapper commented that his partner makes fun of anything.

You could also be interested in: Korean Ministry of Culture demands exemption of BTS from mandatory military service.

“Every time he sees my face, he comes dancing and saying That that I like that“. It was Suga’s message during his live broadcast on VLive, as Jungkook imitates one of the song’s lines and did it again on Instagram, trying to fake Suga’s voice as a mockery.