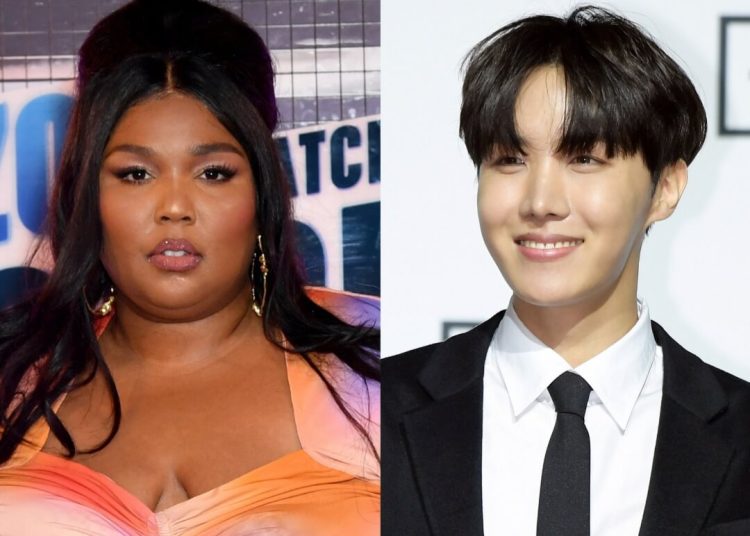 On April 28th, Lizzo appeared on the latest episode of the Audacy podcast series. During the appearance, the artist was asked about her relationship with BTS. To that, the singer shared that he maintains contact by texts with a member of the group.

“I have J-Hope’s number, so we’re texting each other“, Lizzo revealed.

“He is a GREAT messenger, expressive, does NOT let you read“, she continued.

She went on to explain that if it’s been a while (no response), J-Hope will apologize for the time he took. Lizzo also talked about what it’s like to be close to the guys in the Korean group and shared:

You may also like: Jungkook reveals the name of his future son moving ARMY with its meaning

“Good, good people. Like, really good energy I guess that’s why I’ve always gravitated towards BTS because they remind me where self love is, like that positive energy, and how they love their fans, like, I feel the same way and they really like the energy pure and positive all the time“

lizzo saying hobi is a great and expressive texter, never leaves her on read and apologises whenever he replies late or not on time,, he is the most sweetest and precious person ever?♥️ pic.twitter.com/woNxag69XB

When asked about the possibility of a collaboration between her and the K-Pop group, she responded quickly and without hesitation in a positive manner and said:

Fans will remember that in November 2021, Jimin, V, Jungkook, and J-Hope were with Lizzo at Harry Styles‘ concert in Los Angeles. From the advent of selfies, to Lizzo and BTS following each other on Twitter. The artists have become “best friends” as Lizzo says.