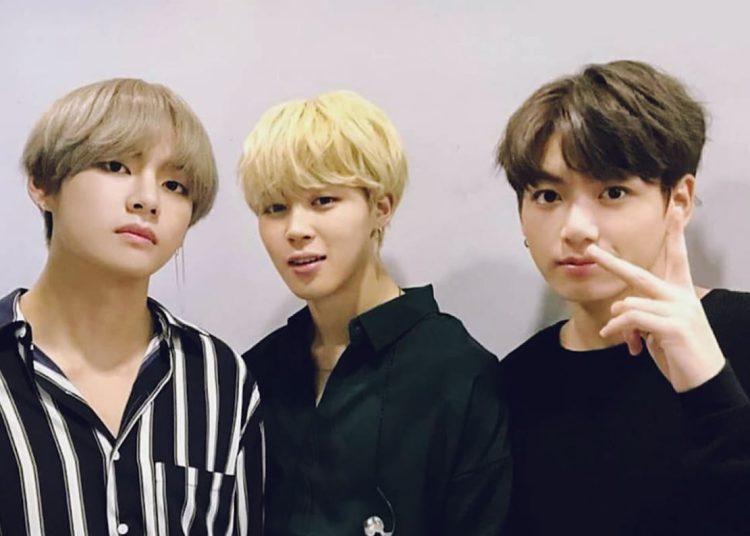 BTS: Jungkook claims V and Jimin as his own and sparks jealousy in ARMY

BTS’ Jungkook has caused jealousy among his fandom after claiming that his groupmates Jimin and V are his property. The 24-year-old idol took to his stories on his official Instagram account and held a Q&A session before going to bed for the night.

The Bangtan member received several questions, but he chose a couple that got more than one fan excited as he “confirmed” two of BTS‘ favorite ARMY ships. One girl decided to send him a message saying that Jimin was his property, Jungkook decided to joke with her and replied the following without hesitation, “He’s mine.”

Immediately ARMY was thrilled with his words and they made him trend on Twitter, as one of his favorite friendship is the one they nicknamed as “Jikook” and they believe this would confirm their so called bromance.

You could also be interested in: ENHYPEN’s Sunghoon falls in love with BTS’ V as his role model.

This is not the first time Jungkook claims one of his fellow members, as on another occasion he responded the same about V, another member he is also close with and also admitted that it was his by thrilling the “taekook” or “vkook“.