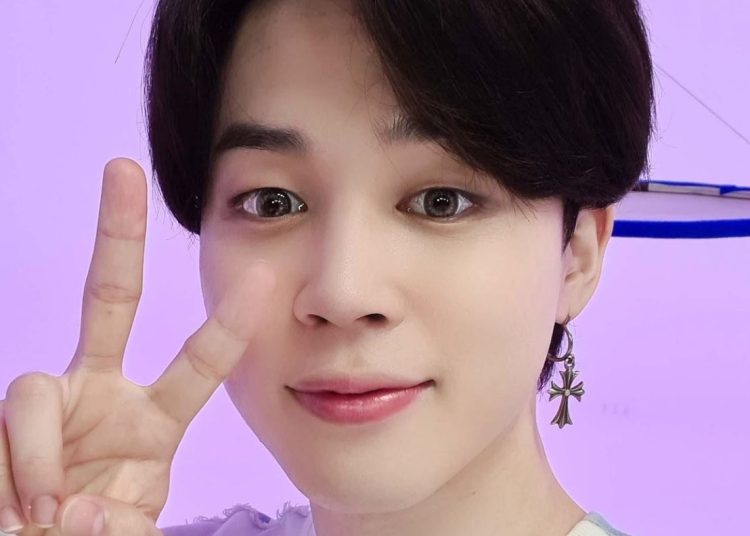 Jimin is one of the main dancers of BTS, so every performance he does on stage catches the attention of the audience. Skater Yuzuru Hanyu chose him as a role model thanks to his steps and routines, but he also conquered this boy who started dancing with him.

His nickname of It Boy was earned thanks to his relevance in the Korean industry, as he is not only known as a member of BTS, but also as an individual thanks to his impact on social media. His dances have also been an inspiration for dance skaters who seek to recreate some of his choreographed moves.

During their Permission to Dance On Stage concerts in Las Vegas, BTS had the opportunity to mingle and interact with their fans, but also with other attendees who become fanboys once they meet the group and get caught up in their energy.

You could also be interested in: Stray Kids continues leading worldwide charts with their album ‘ODDINARY’.

In a video that was shared on social networks, an ARMY captured the moment when Jimin dances with a boy, as he could not resist to follow his movements during one of the songs. Moreover, he managed to catch the attention of the BTS idol, who turned to see him to smile at him and dance together.

here’s a video i took from my angle!! pic.twitter.com/211wpyNZMW

Moreover, he caused envy as Jimin gave him a handshake and they bumped shoulders as a symbol of brotherhood while Jimin smiled. Undoubtedly, BTS’ music is not only limited to their fans, for something they have broken the language barriers, the generation gap and go beyond K-Pop, as their songs are for everyone.

In addition, their action shows how humble they are and the respect they have for each person involved in their team that makes their shows possible.

Who is BTS? Find out all the details about the K-Pop group’s rise to fame

Harry Styles releases his new song “As It Was”, a melancholic and sticky mix