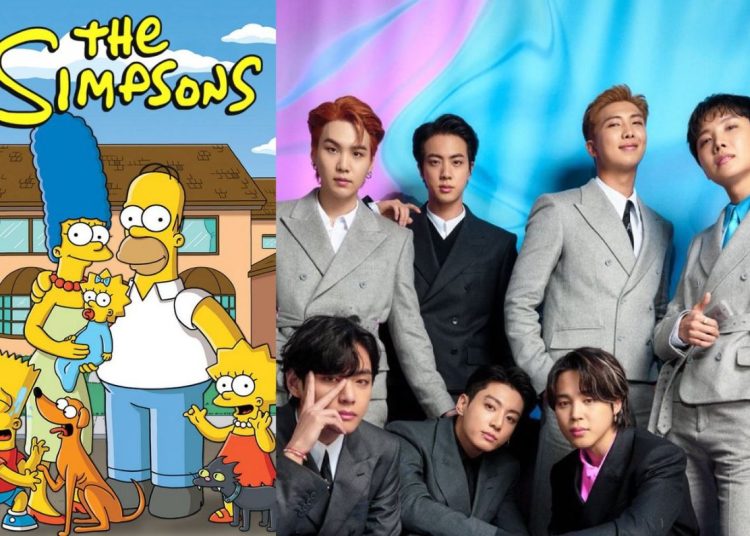 The Simpsons has made a funny reference to the popular South Korean Kpop group and especially to one of its members, Jungkook. BTS has had a mention in the popular series “The Simpsons“. The long-running animated series always uses references to current events, international stars, politicians, among others.

That is why this time, BTS was the artist chosen to be part of the recent episode that released the series. The Simpsons makes a mention to the boyband and especially a compliment to Jungkook, the Golden Maknae of Bangtan, what does the chapter say about BTS?

You could also be interested in: BTS set to return to the United States for this special project.

The mention of the group comes through the character of Cletus, who is a rough-looking, brown-haired farmer. This character is usually together with his wife and children, in the recent chapter we are shown that Cletus has changed and has a wealthy lifestyle.

To which Marge asks him about his family and other aspects that have changed, to which Cletus answers: “Now my family is Carrie Underwood, Taylor Swift and the Mumfords. As well as BTS, except Jungkook… he’s too puty for my taste.” Here is the exact moment where BTS was mentioned: