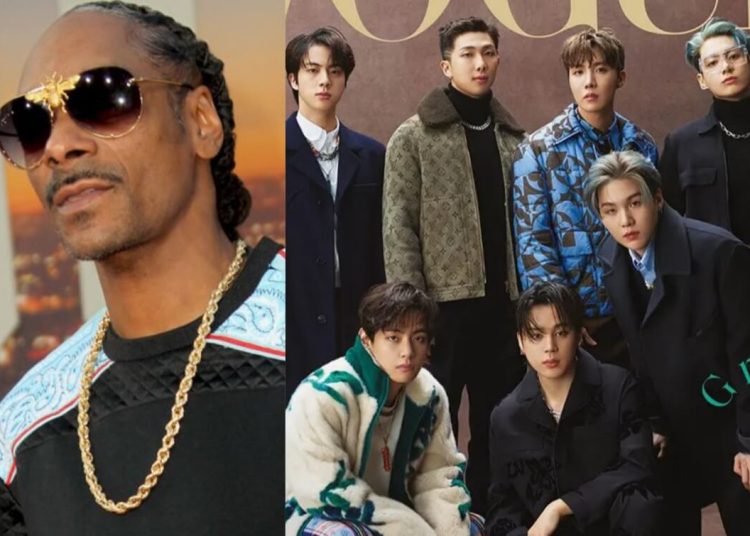 In a recent interview, rapper Snoop Dogg was encouraged to answer a curious question from an interviewer for Buzz about his collaboration with BTS. How is the song production process going for South Korean artists?

On December 26th, Buzz published an interview with Snoop Dogg on the red carpet of “American song contest”, a program in which the rapper hosts alongside Kelly Clarkson and which presented the semifinal of the contest.

“what’s the latest with bts single?“, the interviewer asks.

“You gotta talk to them, but… my parts are in“, reveals the rapper.

[🎥]@SnoopDogg about his collab with BTS
"You gotta talk to them. But..my parts are in"

You may also like: Tomorrow X Together announce their first world tour

The “Drop It Like It’s Hot” singer walked away with a smile, but his brief statement moved the BTS fandom. The clip quickly went viral on Twitter.

Although an official date for the collaboration of BTS and Snoop Dogg has not yet been confirmed, the group’s comeback was announced for June, so it is expected that the song could be included in the next project.