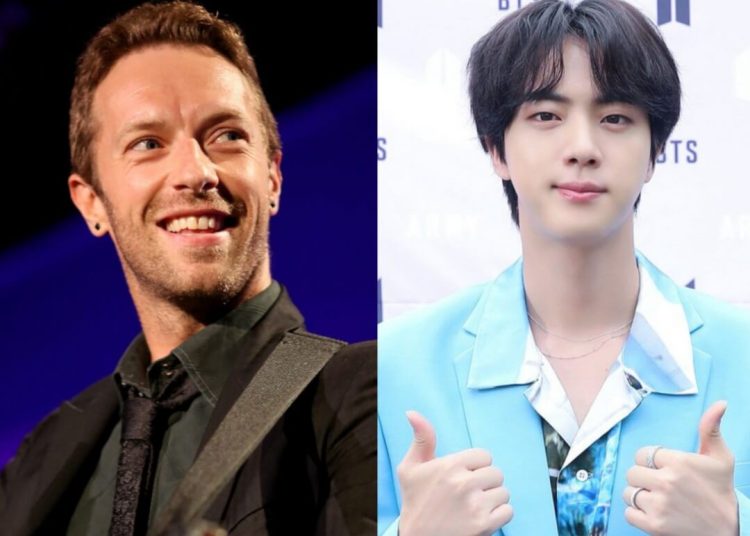 In an interview posted on KiddTV on April 22nd, Chris Martin immediately replied, “Jin!”, the name of one of the BTS member, when the host said, “I know you gave your guitar to one of the BTS boys”.

“First of all, Jin is the oldest, and I know it’s good to show him a little more respect in Korean culture. Also, I think Jin is as far as I can tell is most into sort of Guitary stuff. We did gave gifts to everybody too”, Martin replied.

Chris Martin was asked about gifting his guitar to @BTS_twt Jin

You may also like: ATEEZ’s Wooyoung gets hurt from concert in Spain

Previously, Chris Martin has repeatedly revealed in interviews that BTS x Coldplay’s ‘My Universe‘ began with Jin’s idea, describing the idol as a “hidden collaborator”. He is also famous for not hiding his special affection by always mentioning Jin and praising him.

Jin, who is a long-time fan of Coldplay, was also excited to receive Chris Martin’s favorite guitar as a gift. The idol drew attention by posting a photo of the guitar, which he will decorate as a family heirloom, on the Weverse fan community.

BLACKPINK’s Rosé looks bolder than ever for Saint Laurent