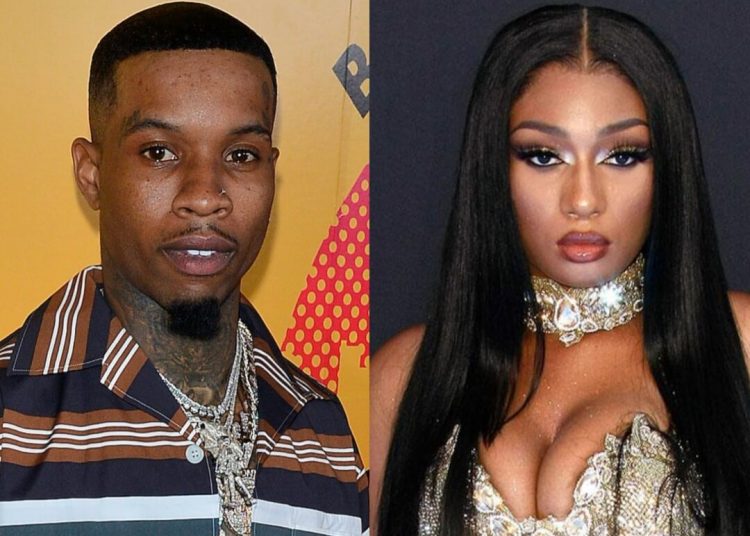 Tory Lanez was arrested last Tuesday, April 5th, after having violated protection orders against Megan Thee Stallion in the recent assault case against the rapper, where she was shot by the artist. He was taken to jail before a Los Angeles court, then paid bail, getting his freedom hours later.

At the hearing, Superior Court Judge David Herriford found that Peterson had violated orders not to make contact and not to harass the rapper, as well as an order not to discuss evidence in the case with third parties. Which he did through his Twitter account.

Question: if the judge added a “new” condition that Tory Lanez can’t tweet abt Megan…how was he remanded in court today & has to post bail for “previously” tweeting abt her? How do you arrest him for something you JUST put into writing that he can’t do? Just trying to clarify… pic.twitter.com/8c8AtDnTIn

Although Lanez did not make direct contact with Megan, the judge declared that certain Twitter posts appeared to be messages to her, and he ordered Peterson not to mention the artist on any social network. While Peterson’s attorney Shawn Holley said the now-deleted tweet was not entirely accurate.

You may also like: Kourtney Kardashian and Travis Barker reveals the truth behind their marriage rumors

On the other hand, there was also concern on the part of the prosecutors about a tweet by DJ Akademiks in which he reported that in court it was shown that Tory Lanez’s DNA was not found on the weapon in the Meg Thee Stallion case.

“BREAKING: It was revealed in court few moments ago that Tory Lanez DNA WAS NOT found on the weapon in the Meg Thee Stallion case.“

Tory Lanez’s lawyer denies that Tory supplied DJ Akademiks with any discovery in his case against Megan Thee Stallion.

— Ak knew DNA results came back “inconclusive” before it was announced in court. pic.twitter.com/HWMp3g76rv