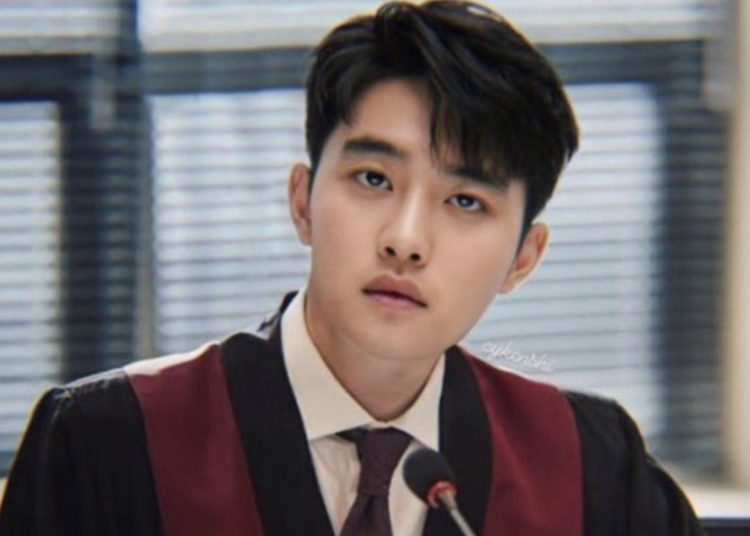 With EXO‘s return to activities such as their debut 10th anniversary fanmeeting in April, as well as the recent release of Suho‘s second mini album, it’s not to be expected that the other members will have a busy schedule.

For his part, Kyungsoo or D.O returns to the screen with a new production. According to a KBS World news page posted on April 5, D.O will be making a comeback with the K-drama “Prosecutor Jin’s victory”. Also, it has been announced that the singer will have the main role.

EXO D.O Kyungsoo confirmed as the new lead of an upcoming drama "Prosecutor Jin's Victory". He will be playing the role of Jin Jung (the prosecutor).#EXO #KYUNGSOO pic.twitter.com/rncW2EwdtD

On the other hand, Kyungsoo will be sharing the screen with 26-year-old actress Lee Se Hee, known for 2020’s “Live on”, as well as Ri Won, who will be making her acting debut.

You may also like: BTS’ Taehyung confirms the group plan to get a tattoo together

The story focuses on the prosecutor Jin Jung, the role of D.O, who will have to stop the corrupt officials of the society.

To solve the problems, he will have to overcome the obstacles placed by his enemies.

Kyungso in his first participated in a South Korean production in 2014 with “It’s ok, it’s love”. In addition, he starred in one of the most beloved roles by EXO fans, “100 days my prince” in 2018 for the tvN network.

Thalia is named Grinch as she apparently hates Christmas