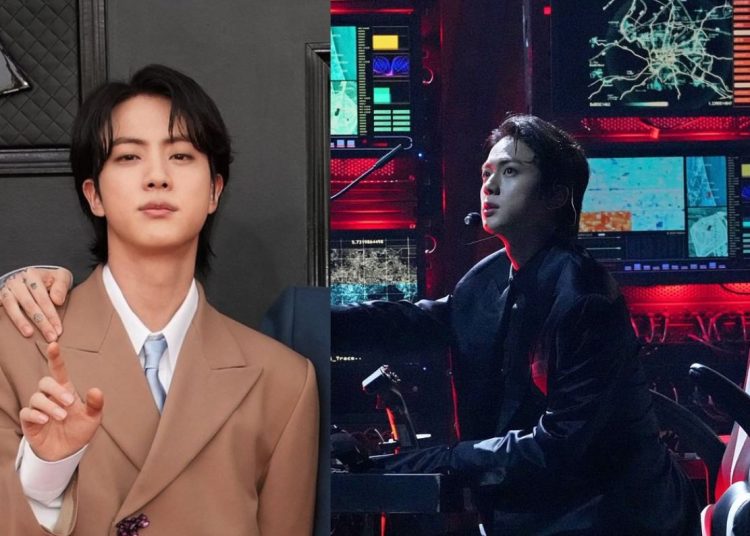 Previously, BIGHIT MUSIC released an official statement through their social network Weverse about Jin’s ongoing problem. The boy suffered an injury on his left index finger and underwent emergency surgery.

BIGHIT MUSIC assured fans that the BTS member was fine and could continue his schedule after a few days of rest. He still went to Las Vegas for the PERMISSION TO DANCE ON STAGE concerts and stop by the GRAMMYs.

When the guys arrived at the red carpet of the 2022 GRAMMY Awards, the “YOURS” performer was still injured. However, the boy tried to hide it by putting his arm behind his back, and his teammates were aware of the problem and frequently checked that the idol was fine and didn’t get hurt by people passing by.

You could also be interested in: BTS’ Jungkook harassed in his hotel room by obsessed American fans in Las Vegas.

Kim Seokjin wore a brown Louis Vuitton suit for the carpet and had his arm in a cast, but covered it up in black for the performance of “Butter” to fit the undercover agent concept. ARMY agrees that the idol let it show. He never lets anything get him down.

The proud i am having to stan this man literally he had black bandage in his hand gave the performance like never before #WeAreProudOfYouJin @BTS_twt #jin pic.twitter.com/dYKfOCPAi8

The ARMYs were very impressed with Jin’s performance. He set a boundary with maturity, knowing that he needed to be careful in his recovery. However, he delivered as outstanding a performance as ever, proving that he is a true professional.