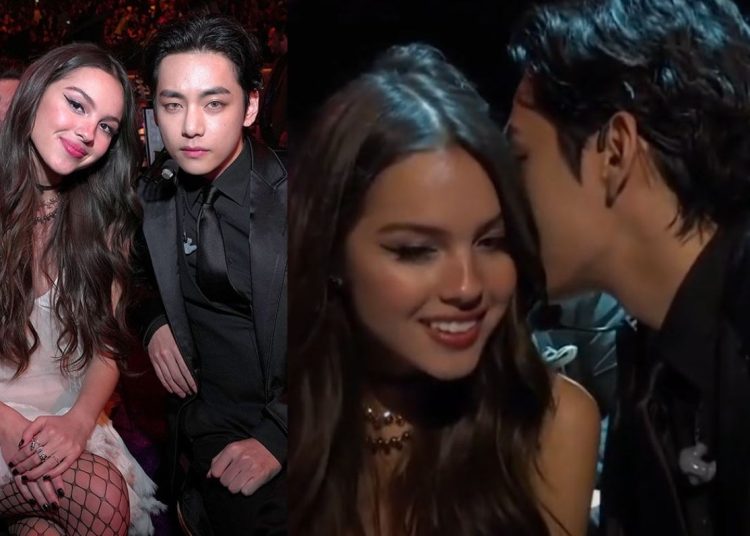 Via Weverse, Taehyung decided to answer questions from his fans, especially those related to his performance with singer Olivia Rodrigo during Butter’s performance at GRAMMYs 2022.

On the platform, a fan asked what he whispered in Olivia Rodrigo’s ear, as the scene was very cool, cute and sad. To which Taehyung replied: “It was about an important business, You know how it is among professionals. And I didn’t even say it in English.”

The idol was teasing ARMY for a while, referring that he doesn’t know English and Olivia Rodrigo probably doesn’t know Korean either.

You could also be interested in: Stray Kids: Lee Know squeezes Hyunjin’s butt during a live performance.

After several joking answers to his fans, Taehyung confessed that he doesn’t remember what he said to Olivia as he was so focused for the performance that he completely forgot. 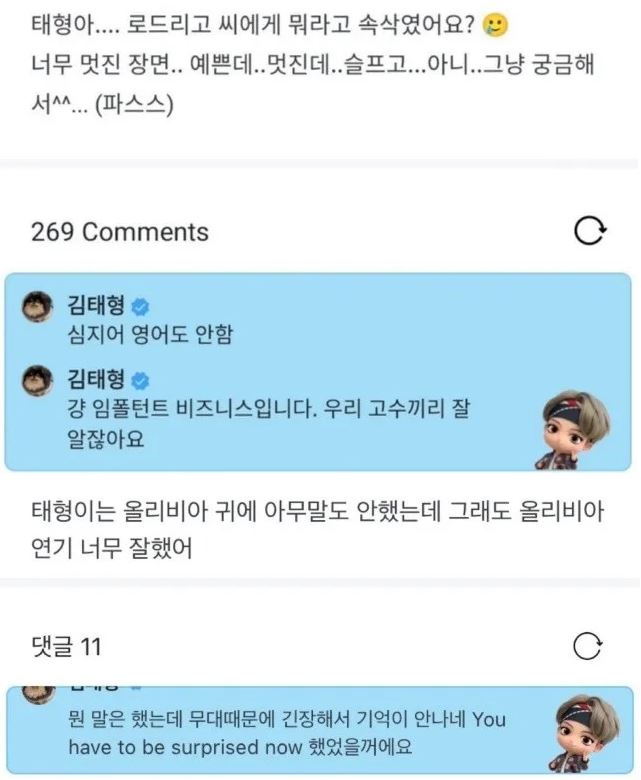 He mentioned that a memory came to him and he said something in English like “act like you are surprised now.” Many fans mentioned that they could notice that the idol was a bit nervous during the performance.