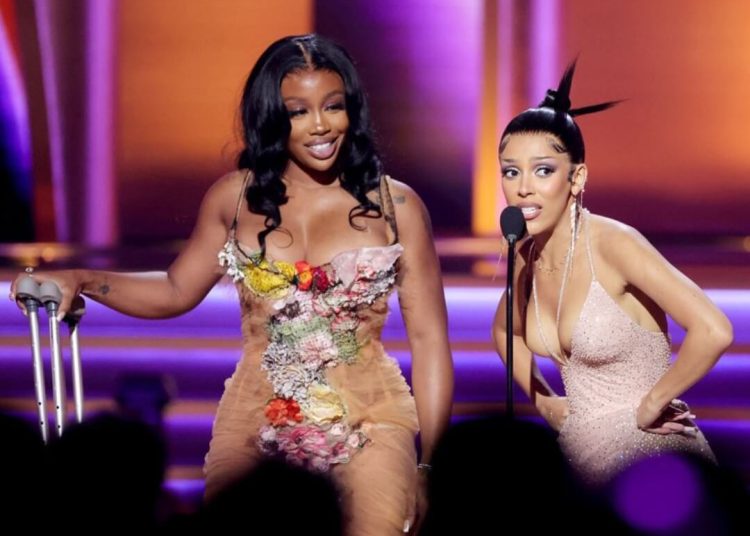 SZA took the stage at the Grammy Awards to accept the award for “Best Pop Duo/Group Performance” for her collaboration with Doja Cat, “Kiss Me More” which beat out songs by Justin Bieber, BTS, Coldplay, Tony Bennett and Lady gaga.

Although the moment was very emotional, another element caught the attention of the audience at the awards. The singer was using crutches to get around at the event. In an interview with Billboard, SZA revealed that she fell out of bed the day before the Grammys and ended up injuring herself.

You may also like: Cardi B argued with her followers on Twitter ‘I hate this fuckin dumbass fan base’

“It’s really funny because I fell out of bed right before it was time to go out and get ready”, said the artist.

“But that’s how things go. Everything amazing in my life has always come with something very random, but it just adds to my energy”, she added.

When thanking for the award, the rapper from Los Angeles was moved in front of the audience. On her relationship with Doja Cat, SZA praised:

“I think she’s so masterful, I ended up learning from her“, said SZA.

SZA reveals to @Variety that she fell out of bed before going to the #GRAMMYs, resulting in her needing crutches:

“Whenever something big happens to me, something crazy happens too.” pic.twitter.com/mGcOIBCVsU