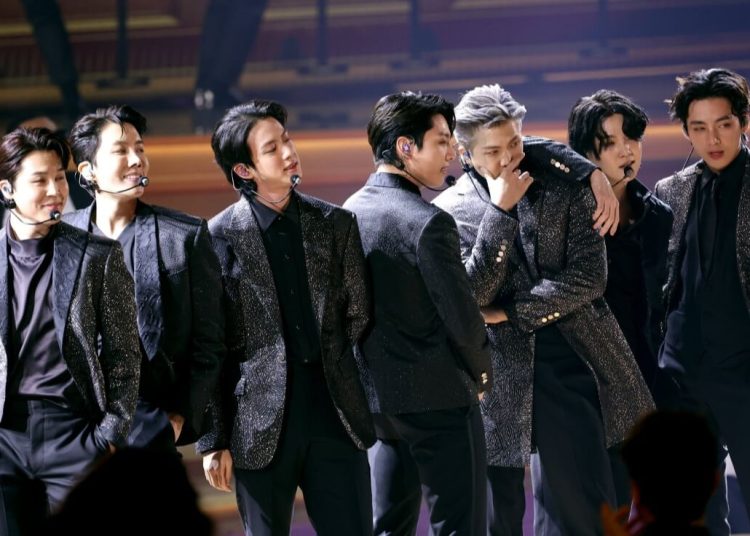 After the increidible presentation of BTS and their recent defeat at the 2022 Grammys, the K-pop group, before the after party after the award ceremony, decided to meet with ARMY on VLive to talk about their feelings after not receiving the coveted award.

This is a Bangtan tradition on the VLive platform in order to talk to their fans about events they have participated in. Just seconds into the live, the boys commented on how they felt not winning the Grammy for “Best pop duo or group performance” with “Butter.”

BTS is currently on vlive after attending the grammys! the way they always spends time with us in every event they’re going.. i love them so much ?pic.twitter.com/OltBY5jjBX

Suga said at first that his bandmates shouldn’t be sad. Jimin added that this achievement would be a way to thank his fans for their years of support and he regrets not getting it. On the other hand, RM revealed that he was sad when they announced that Doja Cat had won and that it was hard for him to process.

You may also like: BTS lost out at the 2022 Grammys to Doja Cat and SZA’s “Kiss Me More”

“We are a little sad, right? It’s because we work so hard that we feel like it’s a shame“, Namjoon said.

It should be noted that the korean boy group revealed during the broadcast that they had prepared a thank you speech to their ARMY and Bang PD in case of being the winners of the night.