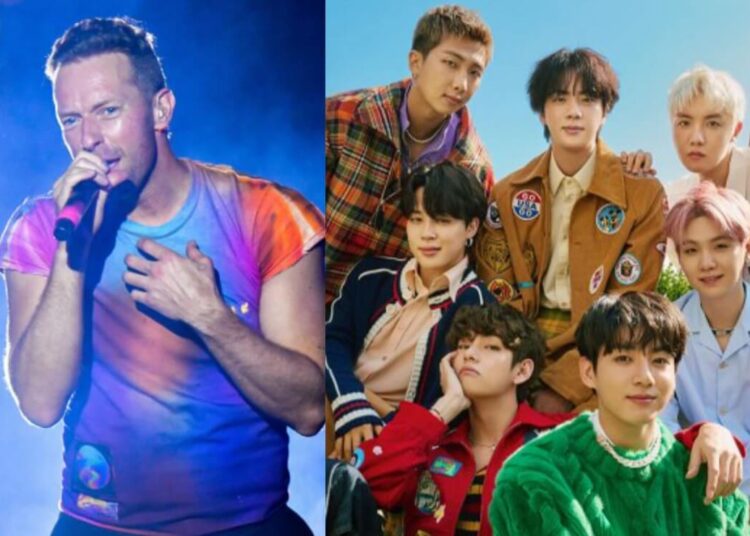 Just as ARMY supports and hopes that BTS will get their first golden gramophone at the Grammys this year 2022. Chris Martin also shares this sentiment and expressed it in a recent interview. It should be noted that Coldplay and Bangtan compete in the same category in this edition of the Recording Academy Awards.

In conversation with EXA radio, Chris Martin was congratulated by the program’s announcer, because Coldplay is nominated for a Grammy with his song “Higher power” as Best performance by a pop group/duo. BTS appears with the song “Butter”.

The singer-songwriter explained that due to the Grammy deadlines, the theme “My Universe” in which he collaborated with Bangtan was not selected this year; however, he hopes that it can be considered for 2023.

Later, the announcer mentioned that BTS has not yet won a Grammy, while Coldplay has achieved several of these in important categories. When the host asked if he was betting on BTS as winners in this category, Martin replied in an affirmative way.

“Of course man (I’m rooting for BTS) I love them, I love those guys & I just wish them good things, always.”, expressed the British musician.

Chris Martin about The GRAMMY's & competing with BTS:

“… After this date is not eligible this year so (MU) would be for next year, maybe who knows… Of course man (I'm rooting for BTS) I love them, I love those guys & I just wish them good things, always.” pic.twitter.com/nvdIcwT51S

You may also like: IVE will make their first comeback with “DEAR.CUPID”

The fragment of the interview did not take long to go viral among the fandom and ARMY highlighted the sincere friendship that unites the members of Coldplay and BTS. Several recalled that after their song “My universe”, the artists of both bands exchanged gifts and showed respect to each other.

BTS: Jungkook is caught playing with Namjoon’s butt in a sassy way

BTS: Who are the most jealous members of the South Korean band?