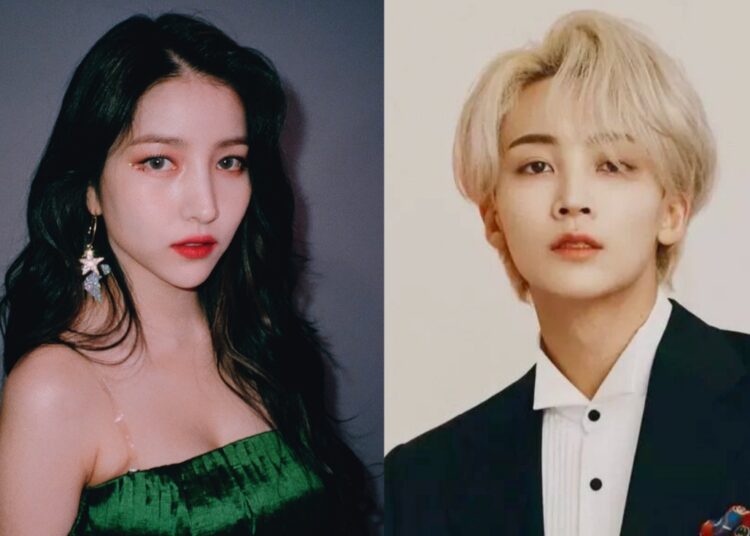 GFriend‘s Sowon held a live broadcast on VLive on March 4 to chat with her fans, in which the former leader denied dating rumors with Seventeen member Jeonghan.

The girl group member has finally addressed her rumored relationship with Seventeen’s Jeonghan, after seeing many fans comment on “shinggi banggi” a viral slang word the Seventeen star coined. Once she realized that it was Jeonghan’s expression, Sowon thought that her fans were making fun of her and said:

“ah Jeonghan made it? Jeonghan is my friend, everyone, please stop it.

He’s one of my close friends”

🦊 ah Jeonghan made it? Jeonghan is my friend, everyone, please stop it. He's one of my close friendspic.twitter.com/ujMggL7FuH

She explained that only VIXX’s Hyuk and Seventeen’s Jeonghan were her friends, but they rarely saw each other. Sowon also added that many fans were sending her messages about dating Jeonghan, which made her uncomfortable and thus she asked them to stop.

This caught the attention of fans who took to Twitter to stop asking Sowon if she was dating Jeonghan after the singer shared her awkwardness.