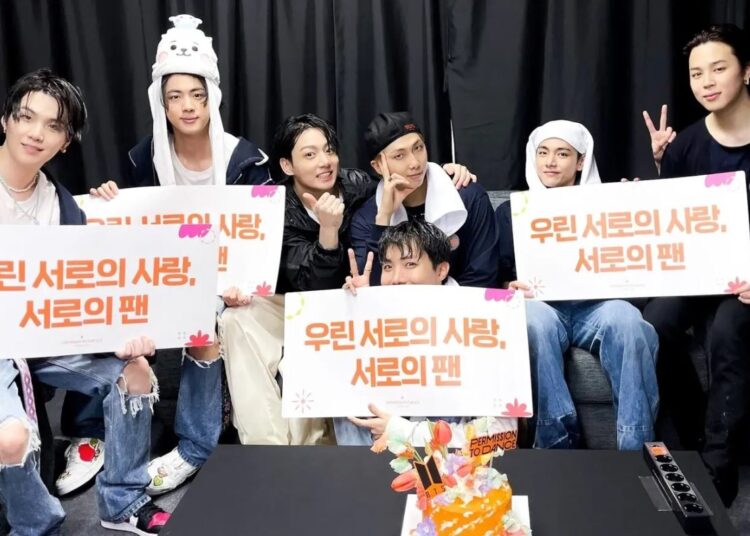 BTS is set to make a comeback in theaters with HBO MAX, as they will once again be part of a Hollywood movie as they will be in the soundtrack of ‘Moonshot’, starring Lana Condor, remembered for Netflix’s ‘To All the Boys I’ve Loved Before’ trilogy, and Cole Sprouse, who rose to fame as a Disney child star in ‘Zack and Cody: Twins in Action’.

The story is going to be about the barista Walt and college student Sophie, who will sneak away on a space shuttle bound to Mars, and hopefully reunite with their respective love interests.

This teen romantic comedy will be directed by Christopher Winterbauer and will undoubtedly be full of moments that will captivate the viewing public. BTS will be featured with the song ‘My Universe’ in which they collaborate with the legendary British Pop/Rock and Alternative Rock band Coldplay.

You could also be interested in: BTS: Jimin’s Fancam goes viral for his sexy moves whipping on air.

But this won’t be the first time for the k-pop band to hit the big screen, as ‘Fire‘ was included in John Cena’s movie ‘Playing With Fire’, and Jimin and V’s ‘Friends‘ was in Marvel Studios’ ‘Eternals’. ‘Moonshot’ will hit HBO Max on March 31, so ARMY has already penciled in this important date.