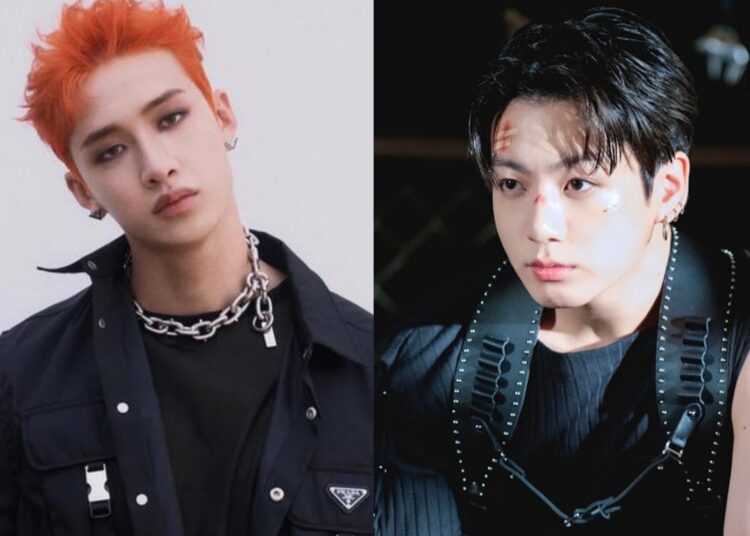 BTS‘ talent is admired and respected by their peers in the K-pop industry. In the past, various idols have named members of Bangtan as their role models; and on Sunday, March 13th, the leader of the group Stray Kids dedicated praise to Jungkook.

SKZ singer and music producer Bang Chan recommended the song “Stay Alive” during his VLive broadcast. The 7Fates Chakho webtoon OST was produced by Suga and is voiced by Jeon Jungkook.

As an introduction, Bang Chan declared his admiration for the BTS member.

“I feel like he’s like the top tier of the whole industry. He’s good at everything. He’s the same age — but I’ve looked up to him ever since I was a trainee”.

“I feel like he’s like the top tier of the whole industry. He’s good at everything. He’s the same age (as me) — but I’ve looked up to him ever since I was a trainee”pic.twitter.com/vOOCgNJoiE

Although both Jungkook and Bang Chan were born in 1997, BTS debuted four years before Stray Kids and they are their “sunbaes” in the music industry. The Korean-Australian idol added this comment before playing “Stay alive” for fans watching the live broadcast:

You may also like: Jungkook surprises ARMY with a song in Spanish in networks

“I’ve been listening to this song, even between my activities because it’s so good”

Stray Kids Bang Chan played and listened to Stay Alive by Jungkook prod. Suga on his latest Vlive! (jungkook and chan are the same age btw)

BTS successfully wrapped up their three concerts in South Korea. The boyband will travel to the United States, where they will attend the Grammys and present four shows in Las Vegas. On the other hand, Stray Kids is in final preparations for their first comeback in 2022 with the album “ODDINARY”.

What does BTS’ Jungkook smell like? Idol’s best kept secret