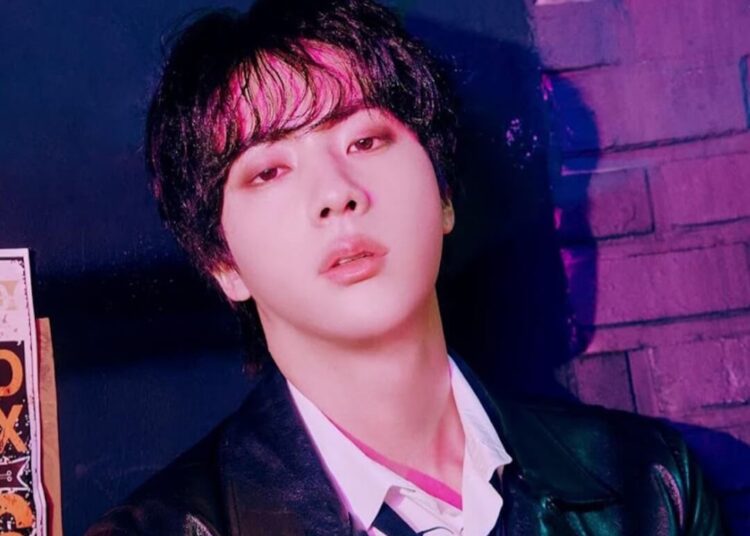 BTS filled the Seoul Olympic Stadium with the “Permission to dance on stage” concert. Jin, the oldest member of the musical septet, showed his love for ARMY with a self-made headband that he wore at the end of “PTD on stage.”

On March 13, BTS and South Korean ARMY met again for the third and final date of the “Permission to dance on stage in Seoul” in-person concert series. Kim Seokjin, known as Jin from Bangtan, addressed ARMY in the final speech of the show with a curious accessory in his hair.

“Hello everyone, I’m Jin, since ARMY did all this for us, I made this *headband with the word ARMY*. Hey, who yawned? Yellow hair! (namjoon). ARMY made these slogans because you are fans of ours, so I got help from our staff and made this for all of you” said BTS’s Jin.

In addition, the idol of BTS declared himself a fan of ARMY and pointed out to his followers that they should bundle up due to the cold weather in Seoul.

You may also like: EXO’s Suho announce his comeback for 2022. Check out

“I’m an ARMY fan! To be honest, I got ideas from the staff and I want to thank them for giving me this headband idea. There are also hearts on the back! I won’t let this love tarnish. ARMY, you must have been cold, you worked very hard, please go home safely. I love you ARMY!” he added.

BTS: Jin reveals that he doesn’t like working with RM, and this is the reason

Cardi B’s home in Atlanta is affected by hurricane Ida