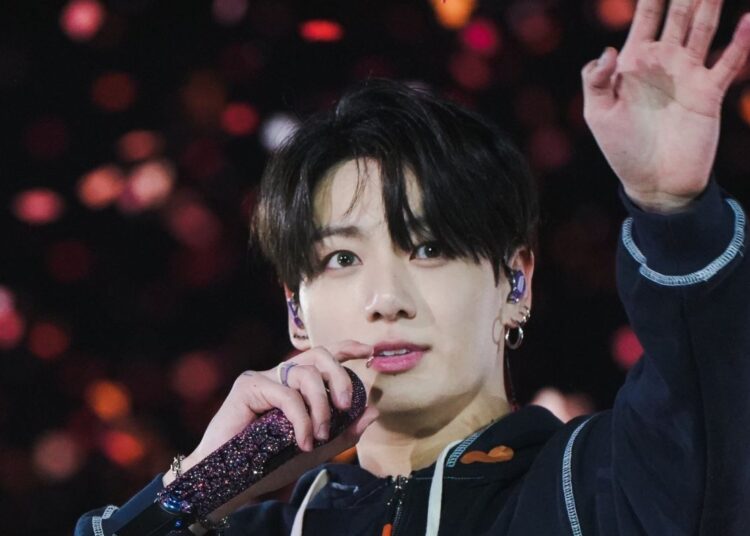 BTS’ Jungkook almost had a fall during PTD ON STAGE SEOUL. Fans of the K-pop band watched the boys move around, wave and even show off some dance moves from the top of these peculiar carts.

The music flooded the place and the excitement was noticeable by all the fans, however when the vehicle unexpectedly braked, Jungkook lost his balance.

In the videos that captured the moment, we see that the idol is near one of the edges and managed to stop safely from one of the railings surrounding the space where they travel, but that did not stop a member of his security from rushing to him to make sure the BTS member was okay.

You could also be interested in: BLACKPINK’s Jennie appeared in Hawaii with the hottest outfit.

Other staff members were also close by and kept a close eye on him to make sure there were no problems, but despite that, a good scare ensued.