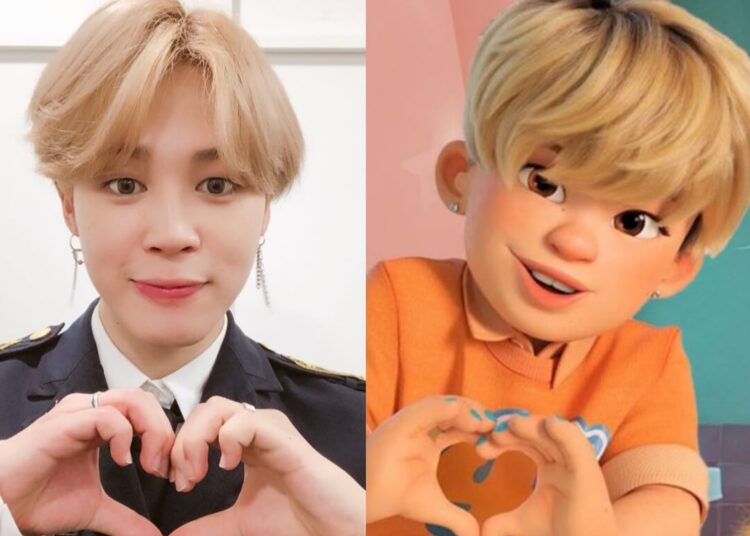 With the world premiere of Disney Pixar’s animated film “Turning Red” getting closer, the resemblance of K-pop superstar Jimin of BTS to the fictional character Tae Young is causing a sensation among fans.

Directed by Domee Shi, the film follows Mei Lee, a 13-year-old Chinese-American student who is torn between being a dutiful daughter or enjoying the chaos of her age, as she deals with turning into a huge red panda every time she gets too excited.

According to its Disney+ page, its runtime is 1 hour and 47 minutes including credits. pic.twitter.com/1fmsuTEF76

In the world of “Red”, set in 2003, there is 4*Town, five guys who are described as the most acclaimed group of artists. To the public, the ensemble appears to be inspired by various real-life boy bands that have made music history, but one member in particular stands out because of his striking resemblance to Jimin of BTS.

This is Tae Young, the youngest member of 4Town. Although it is not official that the character originates from the South Korean artist, ARMY has found different similarities between the two, not only physical, but also in personality matters.

to think that jimin's likeness will forever be immortalized in a pixar movie 🥺🥺 pic.twitter.com/HD8wt6REPW

You may also like: Find out why did RM call Suga ‘Wooper’ on his birthday

Details in the fictional character, such as his face, teeth and gestures, remind the interpreter of “Filter“. Fans also point out that both the BTS and 4Town idols love animals.

However, fans highlight the resemblance and take it as a tribute to the one also known as ‘Global It Boy‘, who has reached the 2022 Beijing Olympics and Marvel’s “The Eternals” through different cameos.

Woman files lawsuit after being injured at Harry Styles concert