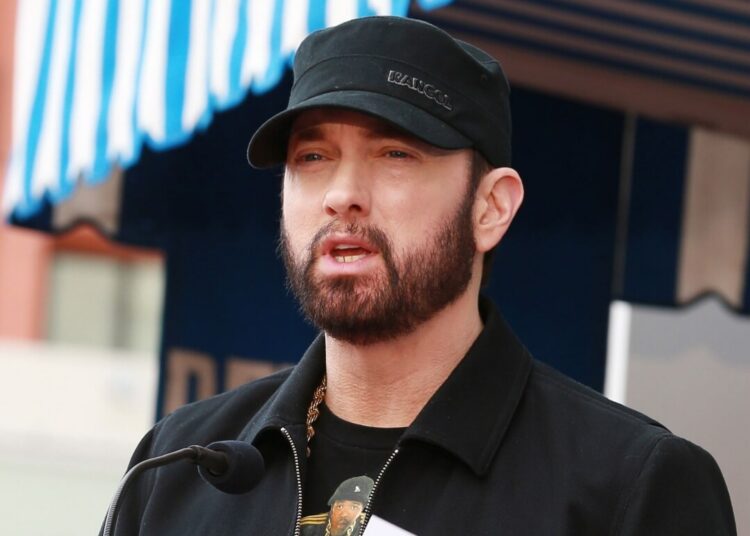 Eminem has just been crowned the artist with the most gold and platinum certificates in history, according to Variety. The rapper received a boost in his streams on platforms following his Super Bowl halftime performance alongside Dr. Dre, Mary J. Blige, Snoop Dog, Kendrick Lamar and 50 Cent.

The Recording Industry Association of America (RIAA) today released 73.5 million new certifications of the “Gold & Platinum Program” for Eminem. The rapper is now the most certified musician in the show’s history, as well as being one of seven artists in any genre or era with three or more “Diamond Album Awards”.

According to Variety, Eminem’s updated numbers total 227.5 million certifications, with 166 million for singles and 61.5 million for albums.

“These awards recognize Eminem’s unwavering commitment to his craft and the enduring connection he’s made with fans over the past twenty years. With today’s announcement, Eminem becomes the best certified singles artist in our show’s history and adds a rare third diamond album to his many creative accomplishments. Congratulations to Eminem and his entire label team who have raised the bar higher than ever before!”, said RIAA President and CEO Mitch Glazier.

You may also like: Check out Dua Lipa’s first look in her acting debut alongside Henry Cavill

The Insterscope/Aftermath artist was also congratulated by label executives. “It was an honor to be a part of one of the greatest journeys in recorded music history. The most beautiful part of it is that it feels like the journey is just beginning” said Interscope Geffen A&M Vice President Steve Berman.