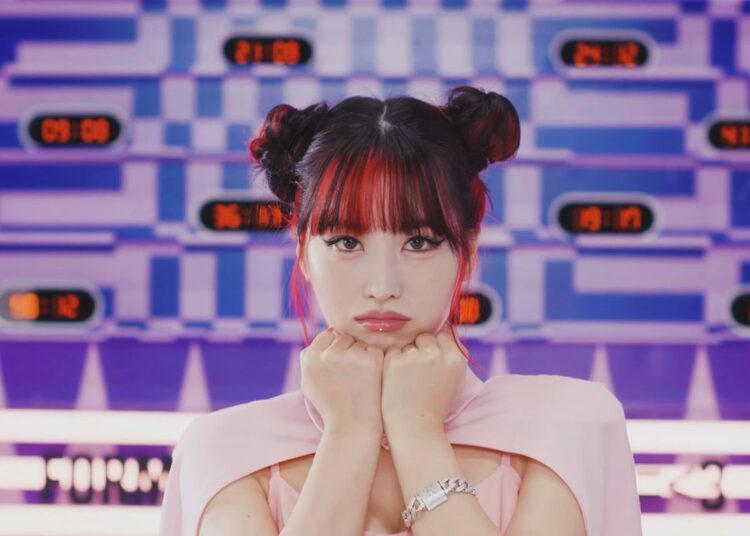 Momo suffered a dangerous accident before TWICE’s last concert in the U.S.

The TWICE U.S. tour was a huge success, ending the shows on February 27th at the 18,500 capacity USB Arena in New York City, all the tickets sold out. The show made it very clear why the girl group is one of the main representatives of their genre, Kpop, they left all their talent on stage and enchanted the audience.

What no one knew was that moments before the group went up to sing the song “SCIENTIST”, Momo had an accident with a barrier installed behind the stage. The singer mentioned that because of the excitement of the previous show she forgot that the barrier was in that place and hit her forehead really hard.

The group comments that with the blow the singer bit her tongue very hard, blood was coming out and her mind went blank for a few seconds. “I felt like I was in a state where I thought I was going to lose my memory, so I went to Jeongyeon and shouted ‘What should I do?‘”

You could also be interested in: BTS: Jungkook and Jimin stopped eating for five days to shoot this music video.

Despite the accident, the Japanese idol went on stage in pain, afraid that the song might be forgotten or even suffer another accident. The group of girls were very attentive and some of them even forgot part of the song because they were watching Momo on stage.

At the end of the show they could only congratulate her for the great job she had done despite her painful accident. The fans better known as ONCE didn’t know anything until at the end of the show on the live broadcast the group commented on what happened and again highlighted the artist’s performance.

“Momo gave an excellent performance despite the injury.”

After the concert the lead dancer commented to the group that she didn’t remember the show of “SCIENTIST“. Luckily for the group and the fans, the accident did not escalate and she is currently in much better health although with some pain in her tongue.

BTS’ Taehyung reveals why he deletes his Instagram Stories